All Photos » Montenegro » Podgorica » The Cathedral of the Resurrection of Christ | Podgorica, Montenegro

The Cathedral of The Resurrection of Christ in Podgorica – How old is it?

What would you say about the age of this building?

Looking at this Orthodox Cathedral of the Resurrection of Christ in Podgorica from the outside, I would guess that it is at least a century old. However, when I read about this building and actually saw the interiors, my perception changed immediately.

The Cathedral of the Resurrection of Christ in Podgorica, the original name rendered: Saborni Hram Hristovog Vaskrsenja i Crkva Svetog Spasa, was accomplished only in 2013. The exterior design follows the style of the traditional Byzantine monuments such as The Cathedral of Saint Tryphon in Kotor, which would suggest that it was likely built at the same time, in the 12th Century.

The more in depth you examine the Saborni Hram however, the more you have a deep impression that something is absent and that the architect played with traditional High-Byzantine perfection. When I entered the Cathedral, I was sure it would be a very modern building.

But with regards to that, you will read in my next post… 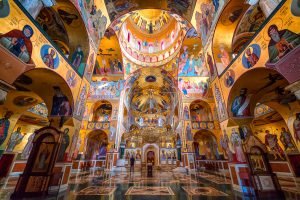 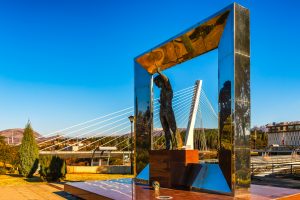 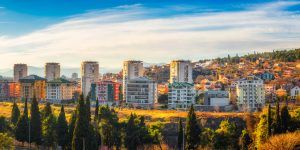