I feel very lucky to live in such a green place as Berlin. Amazingly, almost one-third of its area consists of parks, lakes, and forests. This is a dream city for a photography, but also just simply to live.

Capturing the autumn in Berlin

This image has been created at the end of September 2016, after a photo tour with Claude, Bruce, and Robin. The weather was perfect for capturing the autumn in our city. We decided to focus on Storkower Straße in Berlin. Well, at the beginning it started raining heavily, but soon after that the wind cleared the clouds and we could enjoy a sunset.

How to use the Time Blend Effect?

We noticed that the foreground of the scene doesn’t look attractive. That was a chance to use the Time Blend effect. First, I photographed the background – I captured the sun just before it went down and at the same time when the clouds were amazingly illuminated from the below. Then, half an hour later, I photographed the foreground, by shooting 7 – 8 images. At the end we used the Time Blend effect to combine images of the Storkower Straße in Berlin, taken at a different time, into a single picture.

You can see the final result! How do you like it? 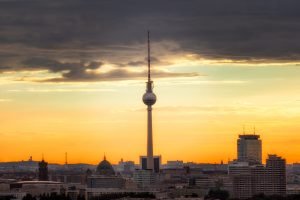 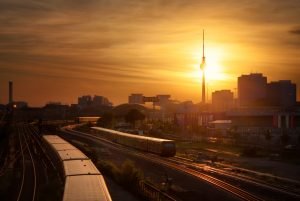 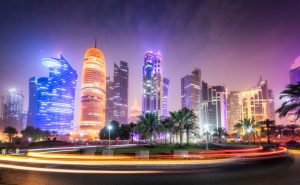