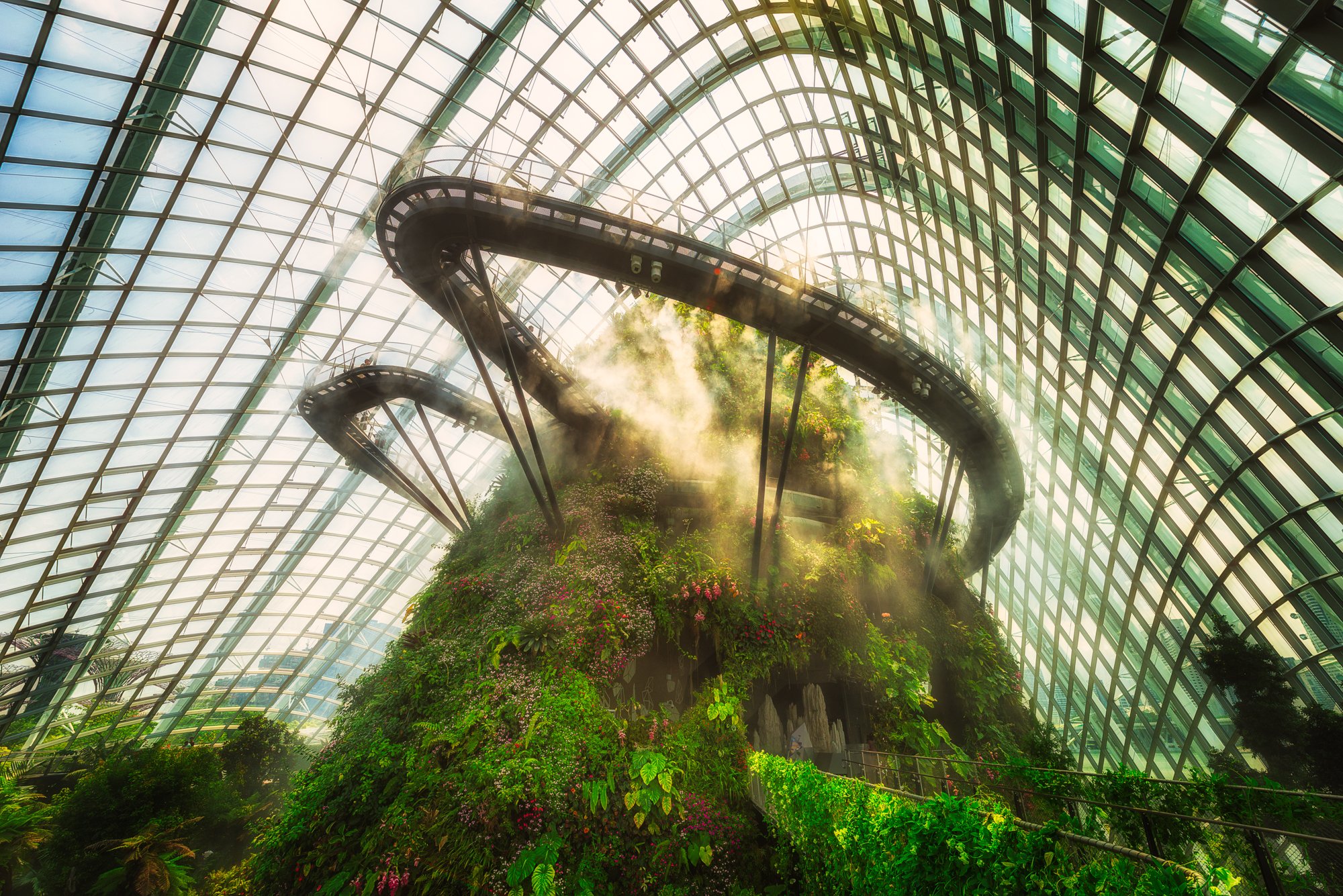 During our trip to Singapore we discovered this gem right at the iconic Marina Bay coastline. In the middle of a nature park built on reclaimed land, underneath breathtaking structures made from steel and glass two artificial biotopes have been created. The Image you see here has been captured in the eastern building which is called the cloud forest.

I’m more than happy with this image

Have you ever heard of a cloud forest? If like me you haven’t, it’s a tropical or subtropical kind of rainforest commonly located at higher altitudes which is typically traversed by low-level clouds or fog. This one in Singapore is by far the largest artificial cloud forest on the globe. In contrast to the rest of Singapore, which was generally very warm and muggy, the cloud forest greeted us with a pleasant chill, which was more to our central European taste. And allowed us to cool down and relax a bit.

The Image shows the 42 meters high artificial mountain as well as the observation path, which offers a breathtaking view of this spectacle of nature. I can only hope to someday be able to capture such a sight in an actual cloud forest, but until then, I’m more than happy with this image. 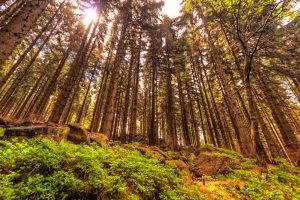