Can you imagine why?

Despite many criticisms and change of names, it surely remains the VERY significant symbol of Santa Cruz de Tenerife, the capital of the Canary Islands. It took 6 years to build but took 20 years of planning. In my opinion, it is one of the best representations of modern architecture and as a landmark, becomes real paradise for photographers.

The construction of the Auditorio de Tenerife began in 1997 and was completed in 2003 when the Prince of Asturias Felipe de Borbón officially opened the building to the public. It was also visited by President Bill Clinton! It is definitely one of the most significant architectural achievements of all time in Spain. This image of Auditorio was already printed on the Spanish stamps, alongside 5 other emblematic buildings for this country – It was even printed on our 5 euro commemorative coins.

I could walk around the Auditorio all day and find numerous compositions. You can enjoy the city on one side and the Atlantic Ocean on the opposite side; a perfect background for this building. On this particular day when we visited Santa Cruz de Tenerife, the clouds in the sky were just perfect. I decided to be minimalistic with the motifs around and focus more on the smooth lines of the Auditorio. 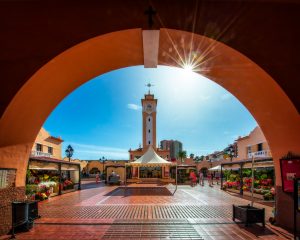 The Market of Our Lady of Africa | Santa Cruz, Spain 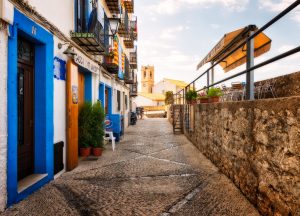