Waves in Nazare are probably known all over the world. And if you have not seen them yet, dear reader, then it’s high time to get to know this phenomenon of Portugal.

The giant waves in Nazare in Portugal are among the largest in the world. During the season, they can reach up to 30 meters. No wonder that they attract surfers from all over the world. It was in Nazare that the Guinness record for surfing the highest waves was broken. The record was reached by Brazilian surfer Rodrigo Kox – the wave height was 24.4 m (80 ft).

This photo was taken in October on the day when the wave height reached “just” 6 meters. The beach “Praia do Norte” was filled on that day by those brave ones who were not afraid to see the waves up close. 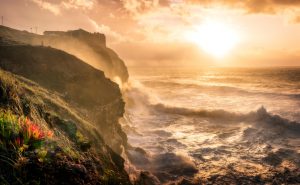 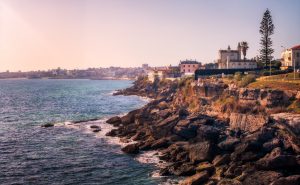 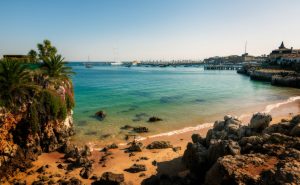