The Ancient Serdica Archaeological Complex in Sofia, Bulgaria is a modern project that was completed in 2016. This is where ancient Roman ruins form a part of the metro station. In some sections, the complex is covered by glass domes through which you can see the modern architecture. The connection of Roman remainings, which are free to access with the modern elements of architecture surrounding the complex; as well as the social and classic buildings in the background, were fascinating compositions for me.

It is very rare in Sofia to find a contrast as big, especially between the ancient and ultra-modern structures. The city is built on the ruins of the ancient Roman city, which was previously known as Serdica. You can find more information on these ancient structures, but the most remarkable ones are to be found under the Largo – an architectural ensemble of x3 socially classic buildings, constructed in the 1950’s.

Since the recent construction of a new Metro line, you now have the chance to enjoy a unique view. From the ancient settlements, through the modern architecture, to the socialist remains – you can see so much of the history at a single glance. 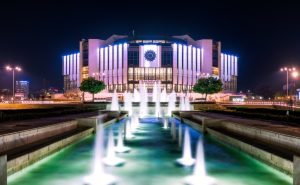 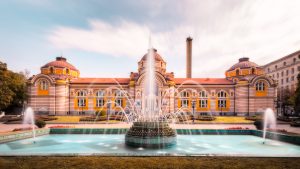 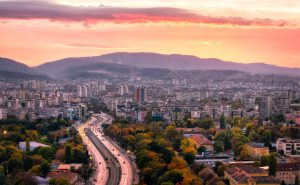