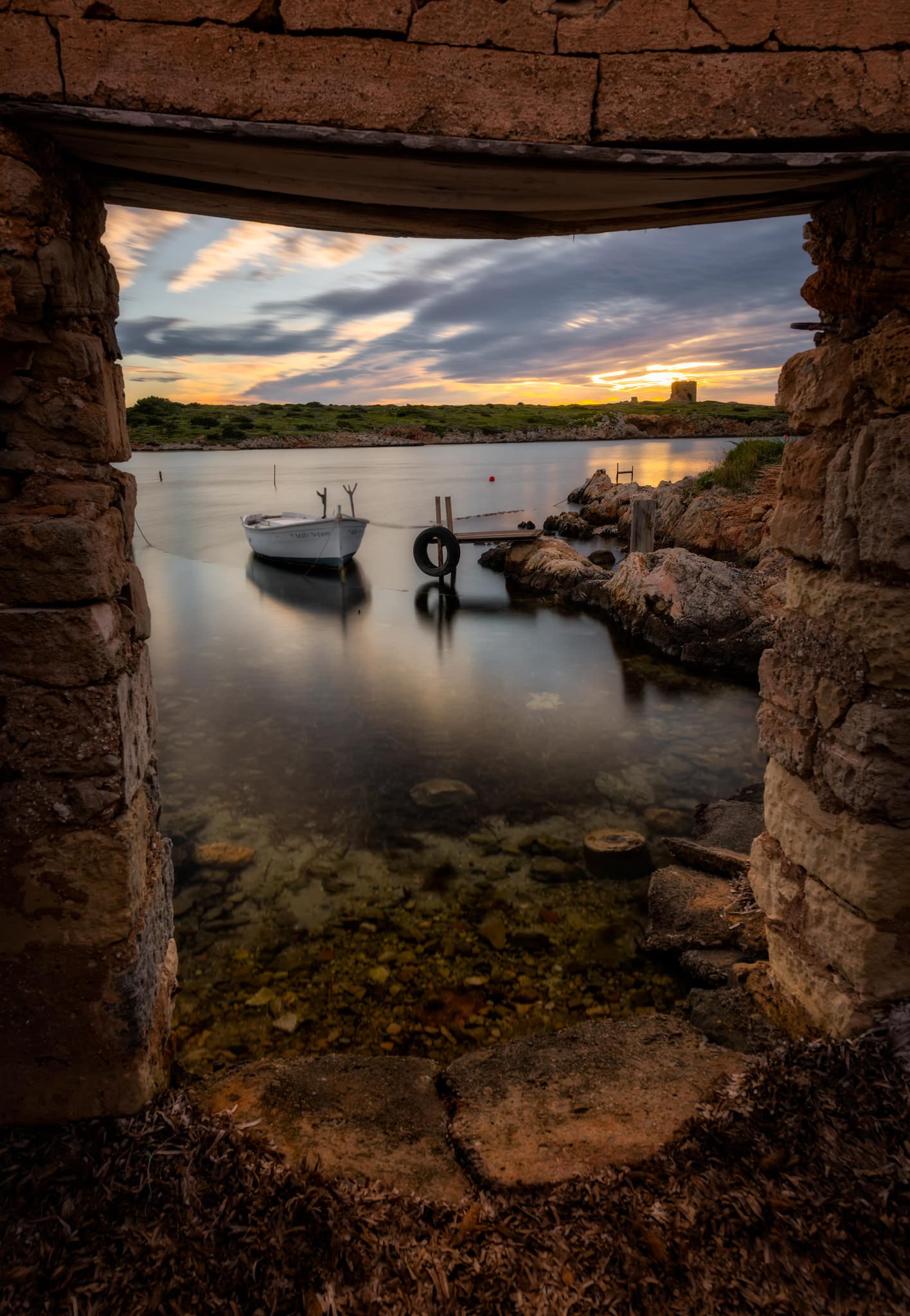 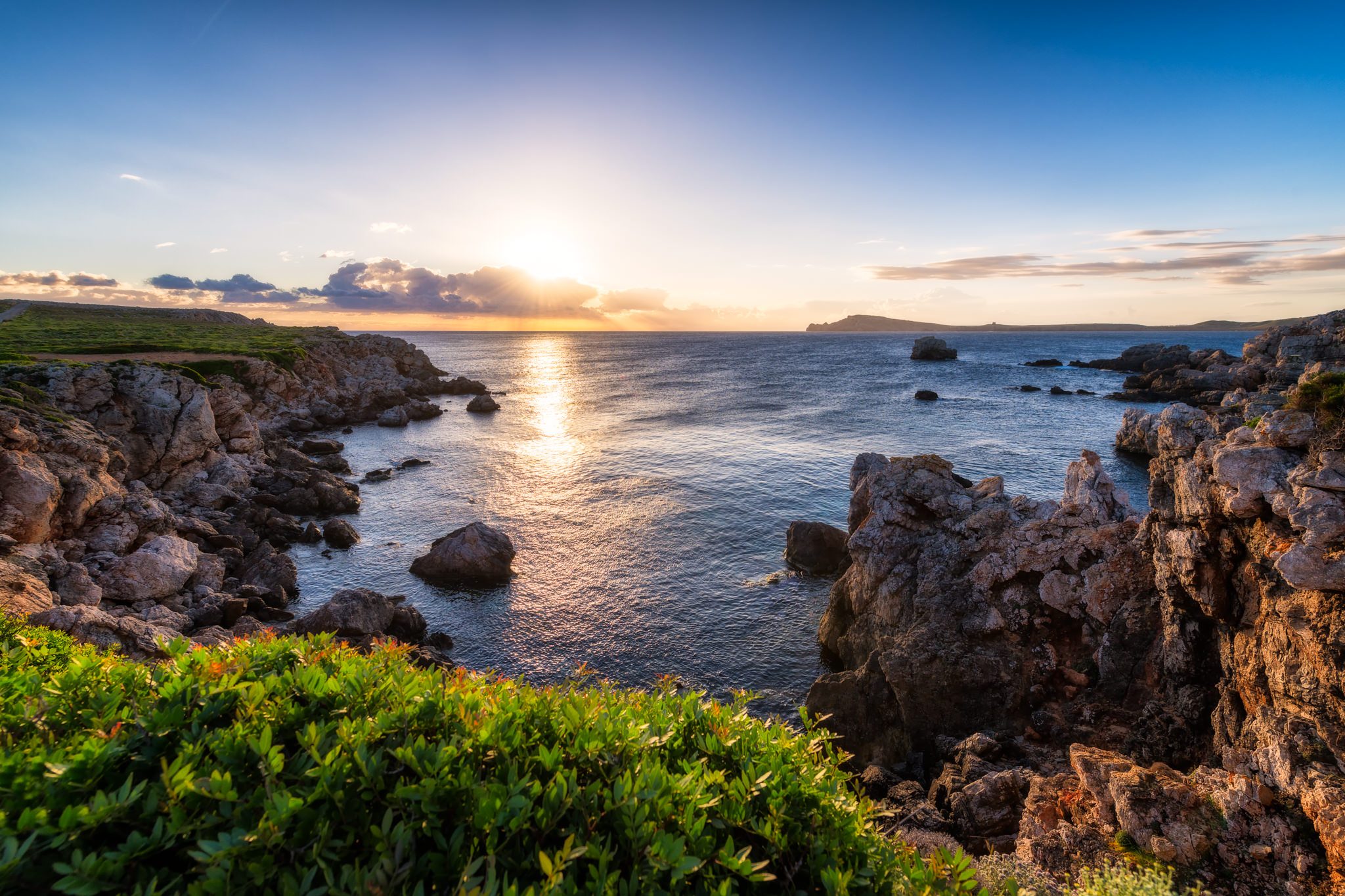 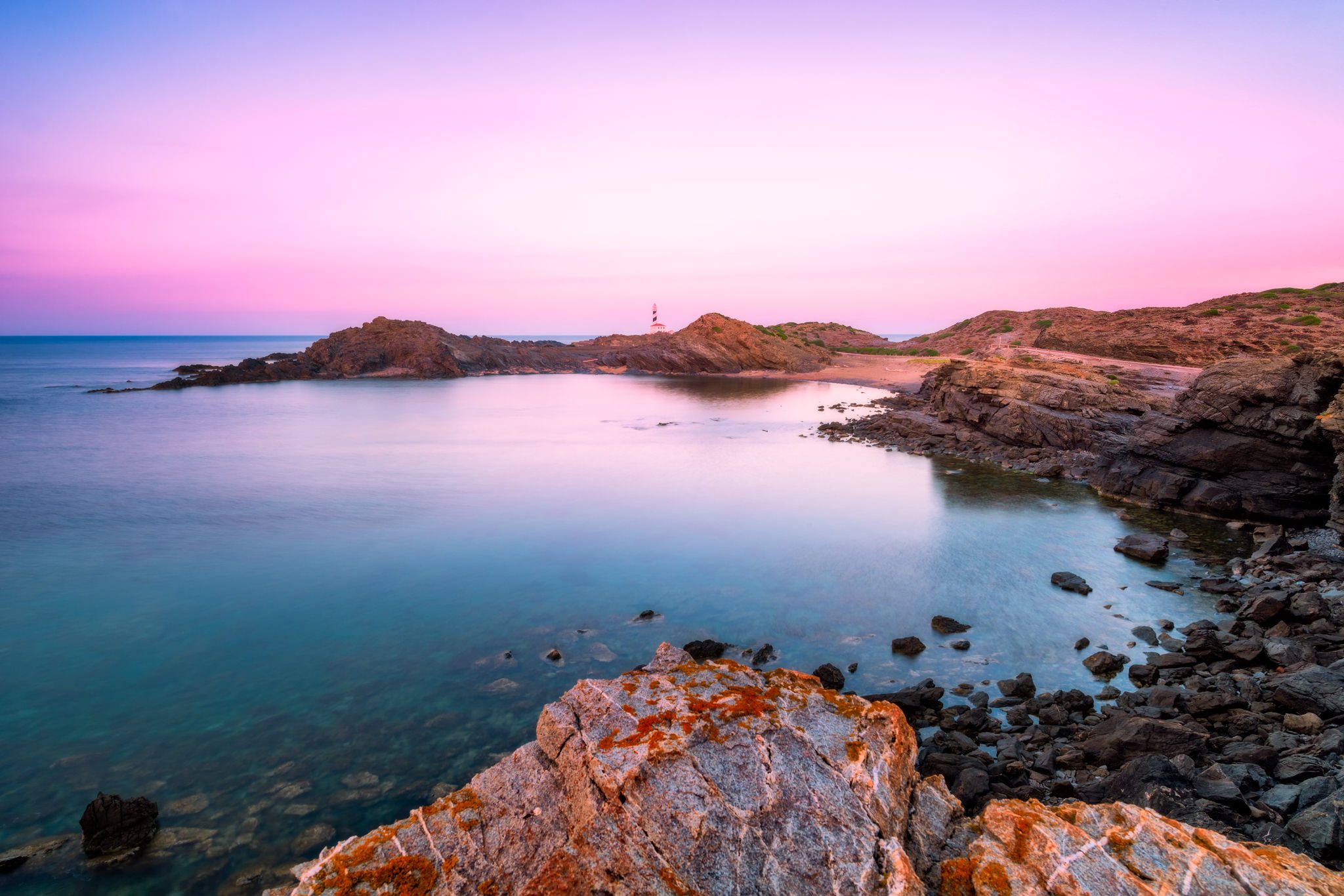 This setting – Cap de Farvàritx is located on the north-east side of Menorca in the “Parc Natural de S’Albufera des Grau”. This part of the coast is known for both sandy beaches and impressive rock formations. The lighthouse in this image is a little difficult to see in the background, but it stands at 47 meters over sea level and it sends the light at a range of 16 nautical miles. 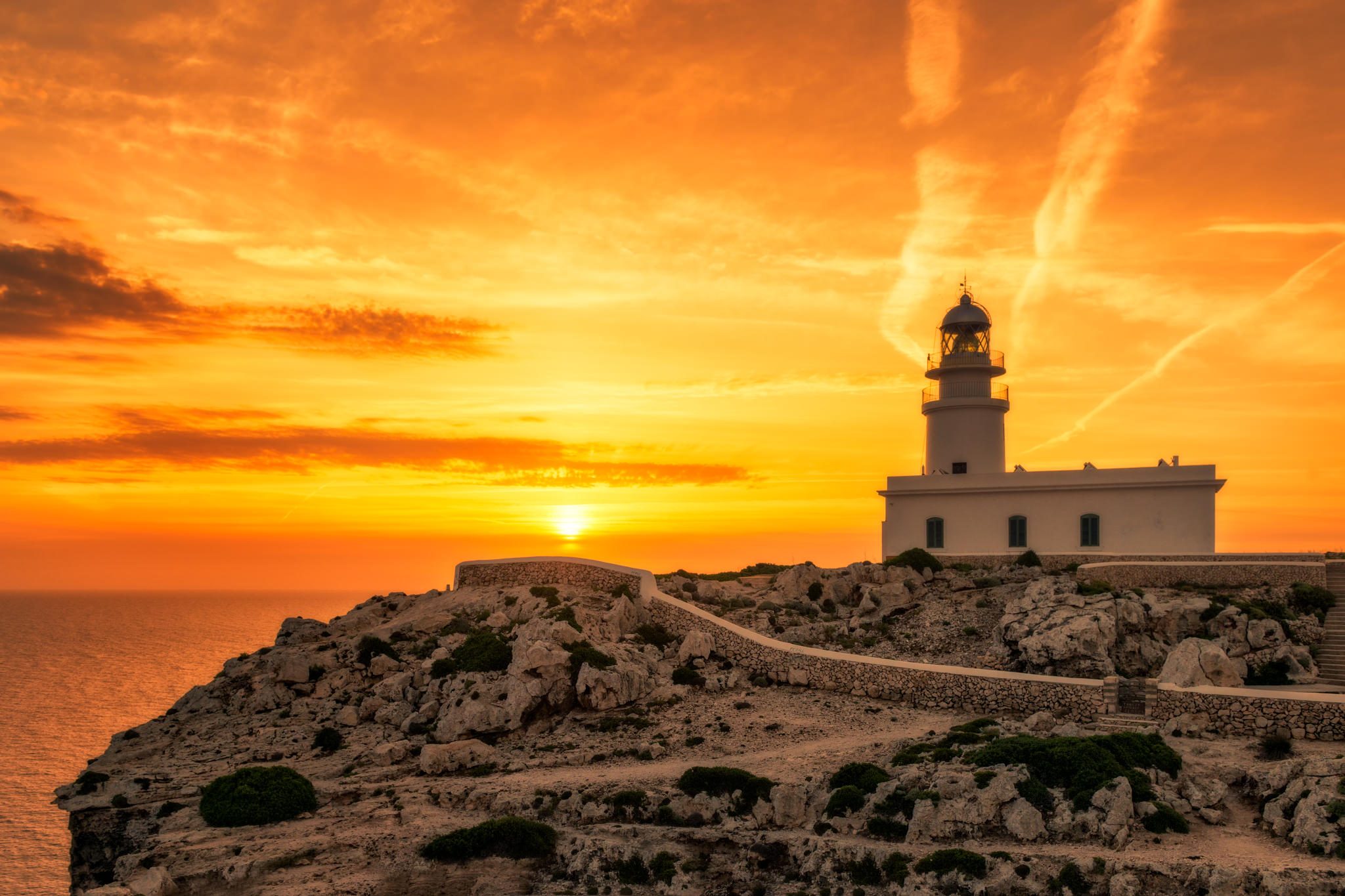 Cabo de Cavalleria is the northern headland of the Menorca island. During the spring months, you can observe the sun rising just behind the cliffs and the lighthouse which stands almost on the edge of the coast and the sea. The lighthouse was built on the tallest cliff in the Cabo de Cavalleria headland and in total, stands at 94 meters over sea level, which makes the emanating light visible from the sea, even at a great distance. The light from the lighthouse flashes twice every ten seconds when the night comes. 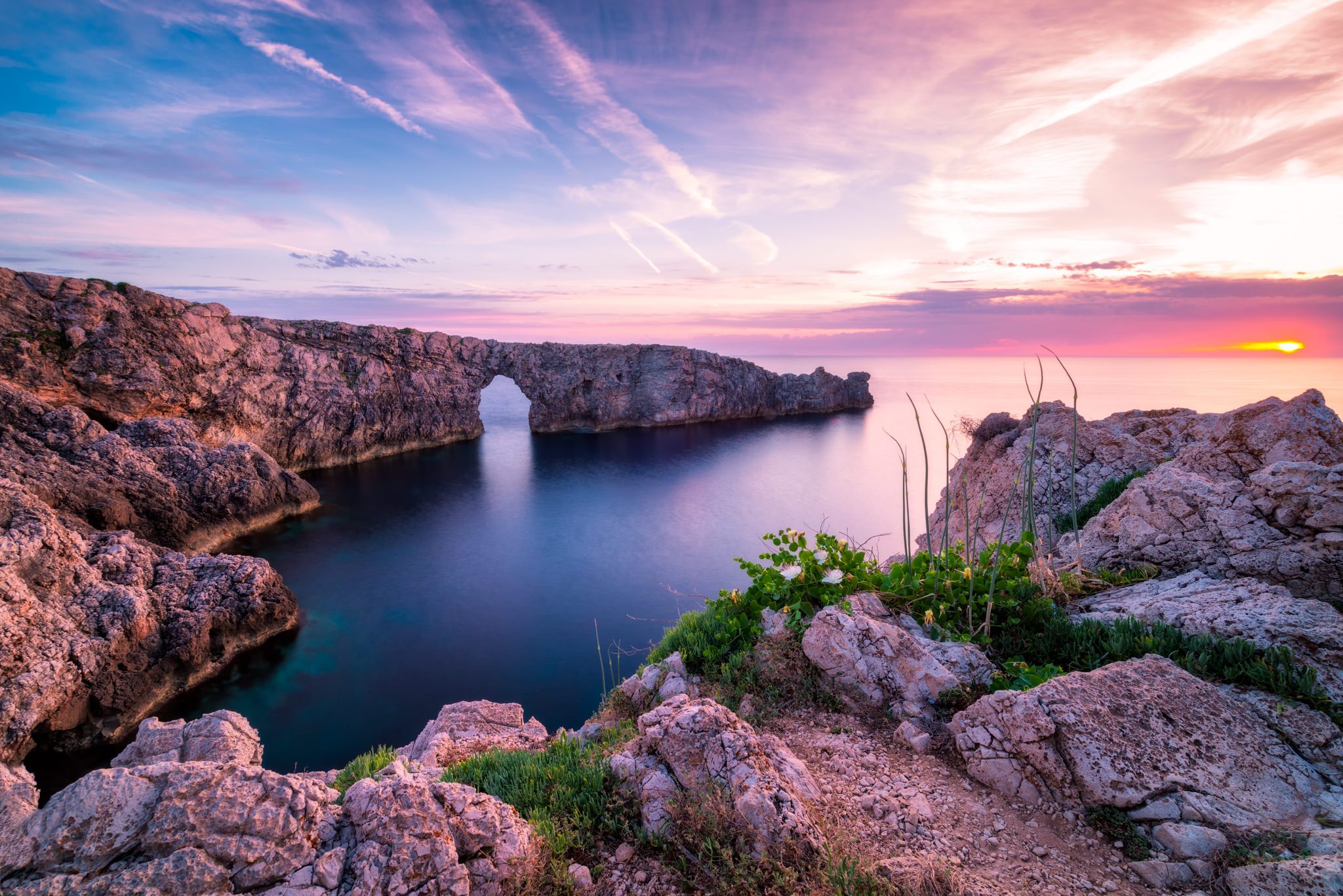