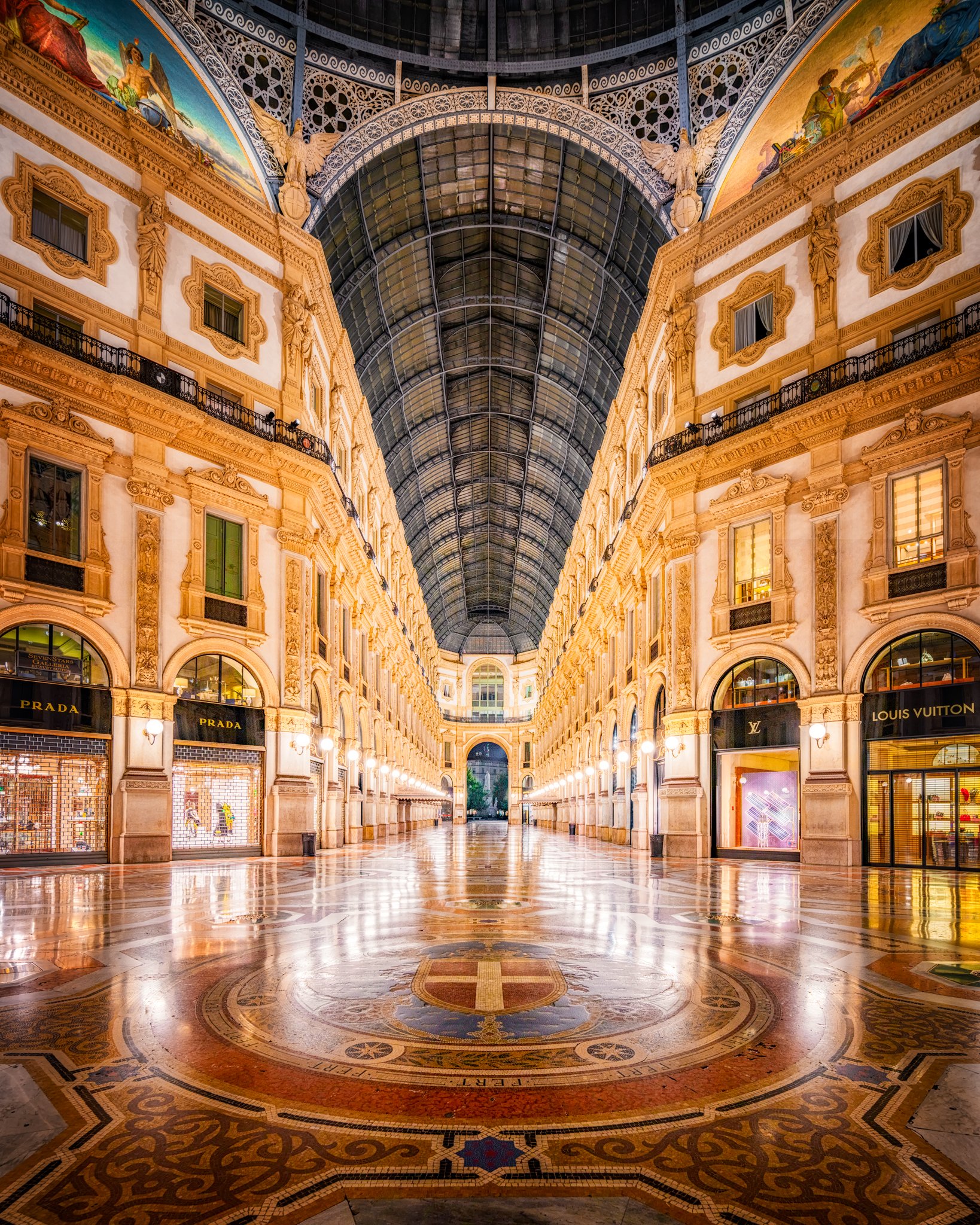 Galleria Vittorio Emanuele II in Milan is the oldest shopping mall in Italy that is still active. Rumor even has it that the name of this building inspired the use of the term “gallery” for other shopping arcades.

Galleria Vittorio Emanuele II was built in 1877. It bears the name of the first ruler of the Kingdom of Italy. From the very beginning, it housed Italy’s most prominent cafes, restaurants, and stores. Today, it is also home to luxury stores selling haute couture, jewelry, books, and paintings. MacDonald’s was also located here for 20 years, but the city government terminated the restaurant’s contract, sparking a high-profile lawsuit. (MacDonald demanded 24 million euros in damages for terminating the lease).

Although you can’t see it in this photo, the mosaics on the floor depict the coats of arms of the three capitals of the Italian Kingdom – Turin, Florence, and Rome. Legend has it that if you turn around on one leg three times at the place where the bull (the symbol of Turin) has testicles, you will be very lucky. The spot is not hard to find – the bull’s worn testicles are easily visible from a distance