This black and white image shows the back of the Cathedral in Wroclaw, also known as the Cathedral of St. John the Baptist, which was built between 1244 and 1341. Nowadays it is one of the most important historic buildings in the fourth largest city of Poland. Its two illuminated church spires ascend above the dome like two needles. With a total length of almost 98 meters, they are not only the longest but also the most famous spires of the city.

The absence of color in an image always captures its story in a more authentic and raw way, which suits the atmosphere in Wroclaw perfectly. 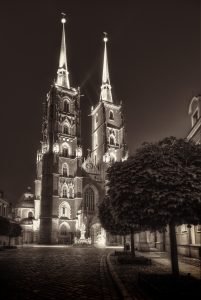 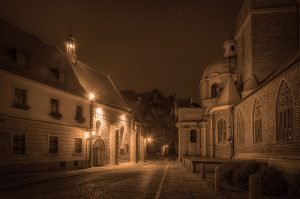 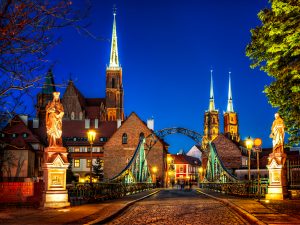