During our stay in Nuremberg, the second largest city in Bavaria, the weather wasn’t on our side, the Franconian metropolis presented itself rainy and in dull gray colors, but its appearance at night didn’t suffer at all. On the contrary, the deep blue light of the night seemed to breathe new life into the historic Old City.

Picture life in the medieval Nuremberg

The former imperial city in Middle Franconia was first mentioned in 1050 and had a turbulent history ever since. Nuremberg developed to a prosperous trade city within the Roman Empire and became one of the most important cultural centers during the Renaissance. In the time of the Second World War the city was host to the party congress of the NSDAP and with the Nuremberg trials it also played a key part in the postwar period. Nowadays the city is known as the cultural and economic capital in Franconia and one of the most important cities in all of Germany. Because of its picturesque Old City with a great number of historic buildings, Nuremberg is always worth a visit.

The picture was taken at the bottom of the famous Nuremberg Castle – its hall is visible in the background. The atmosphere by night in such an old city always feels like I have been time traveling, without the modern business of the day it is easy to imagine what life in the medieval Nuremberg was like. If only the pavement, which glistens quietly in the moonlight could talk …

All artwork purchases are covered under our 100%, „take 30 days decide” money back guarantee.
If you are not satisfied with your purchase you can return it for a credit, refund or exchange within 30 days.

The artworks sold as „Fine Art Prints” are exclusively printed using fade-free fine art archival papers and inks.
If your artwork was to fade, send it back to us and we will replace it at no charge for as long as you own it. No questions asked. 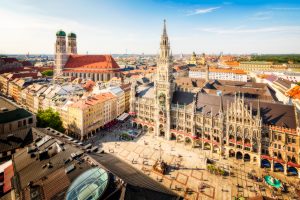 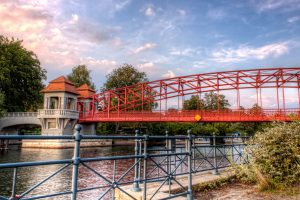