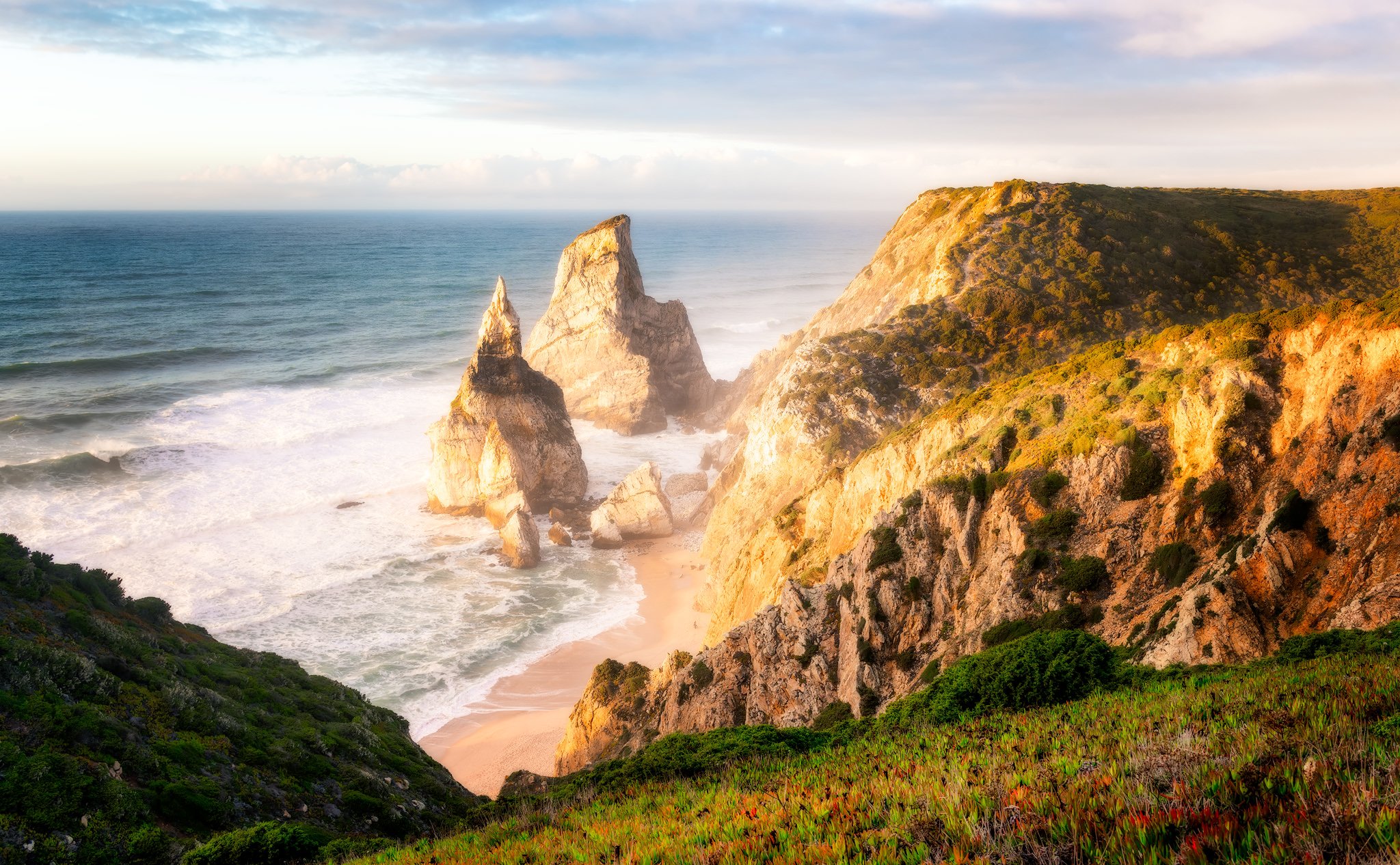 Praia da Ursa | Portugal Portugal, Sintra Praia da Ursa is the westernmost beach in continental Europe. No wonder – it is located a stone’s throw from Cabo da Roca in the Sintra mountains, which is the literal end of the continent. Compared to Cabo da...

This setting – Cap de Favàritx is located on the north-east side of Menorca in the “Parc Natural de S’Albufera des Grau”. This part of the coast is known for both sandy beaches and impressive rock formations. The lighthouse in this image is a little difficult to see in the background, but it stands at 47 meters over sea level and it sends the light at a range of 16 nautical miles.

Views on Azenhas do Mar | Portugal

Azenhas do Mar during the sunset, reminded me of images, of such Italian villages as the Cinque Terre or Positano. Though it had a great advantage over it – the area wasn’t very touristic. The often-overlooked small town in the Sintra district, seemed to be undiscovered by photographers and tourists.