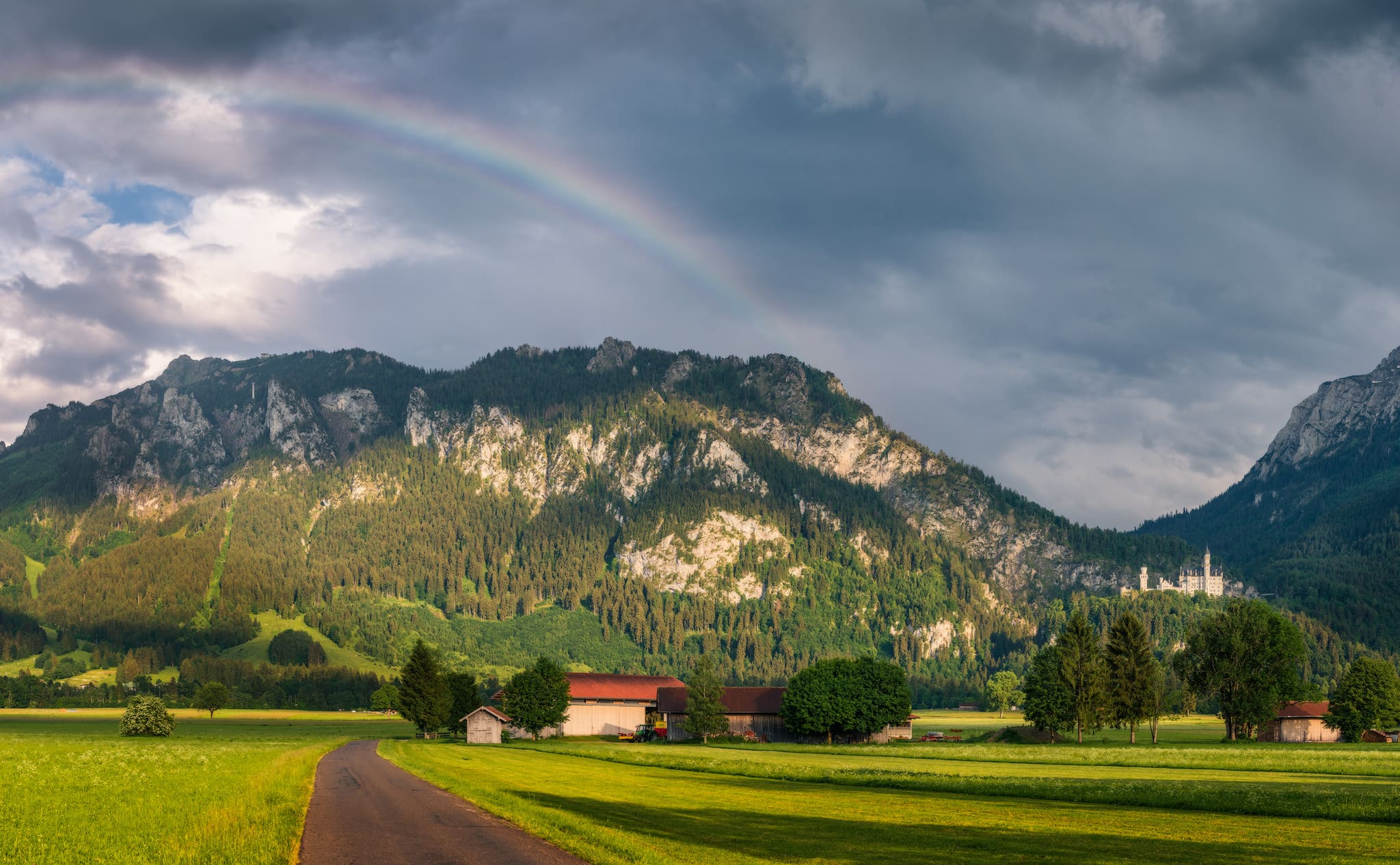 Neuschwanstein in Bavaria, Schwangau | Germany Bavaria, Germany King Ludwig II of Bavaria found an ideal place to build a fairytale Neuschwanstein. The white facades of the castle blend in with the landscape of the alpine peaks on the one hand, and the romantic...