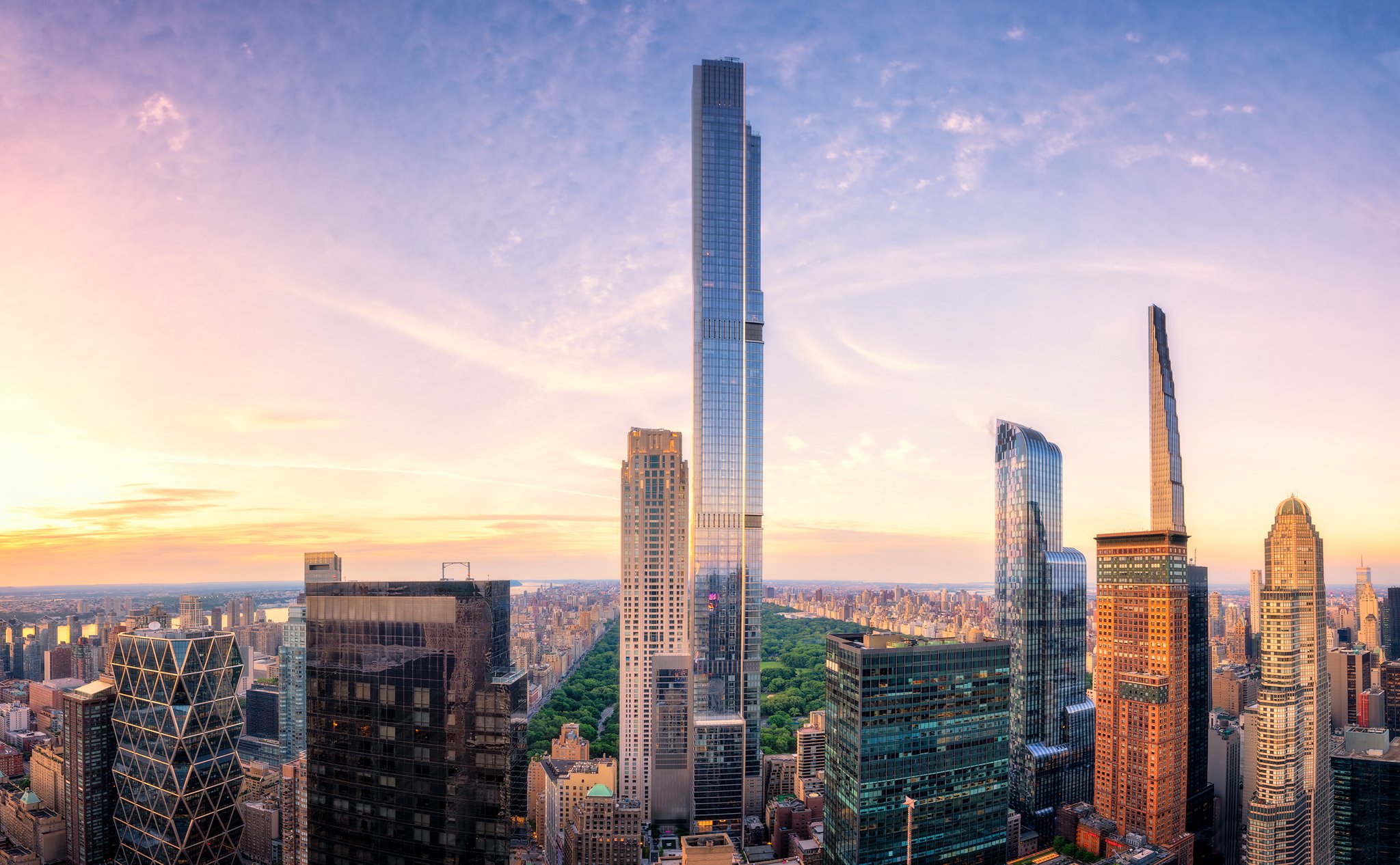 These skyscrapers just in front of Central Park in New York are some of the most exclusive apartment buildings in the world. Because they are located almost on one street, this part of Manhattan is called “Billionaires’ Row“.

Nico captured this view of Central Park and Billioners’ Row, thanks to the courtesy of the Residence Inn by Marriot Manhattan/Central Park. This June evening, we took advantage of the rooftop, which is not typically open to the public. Nico was lucky – the cloud formations during that sunset were fantastic.

When Mariott built this hotel in Manhattan, the view of Central Park from their rooftop was unobstructed. After a few years, however, the super skyscrapers began to climb into the sky when global investor interest began to be sparked by tax benefits and the possibility of a good investment. And investments in these apartment buildings were not small from the start. The most expensive apartment in New York City was sold for $100.47 million in One57 (pictured centre-left). However, this record was broken by the sale at 220 Central Park South (narrow building downtown/right). One investor bought three floors for $238 million.

As of August 2021, as many as 44% of the apartments in the high-rise buildings on Billionaires’ Row were unsold. It is said that many of these ultra-expensive apartment buildings are not even occupied. There has been a lot of suspicion and controversy surrounding this. However, this is not the only thing these Manhattan skyscrapers are criticized for. Many people say that these skyscrapers cast a shadow over Central Park or that the airspace rules around them are suspicious.

But despite this controversy, this view of Central Park is unique and remarkable, not least because of the skyscrapers on Billionaires’ Row. As the sun sets over New York City, its rays reflect softly in the glass of the buildings. This view fits perfectly with the Manhattan landscape.