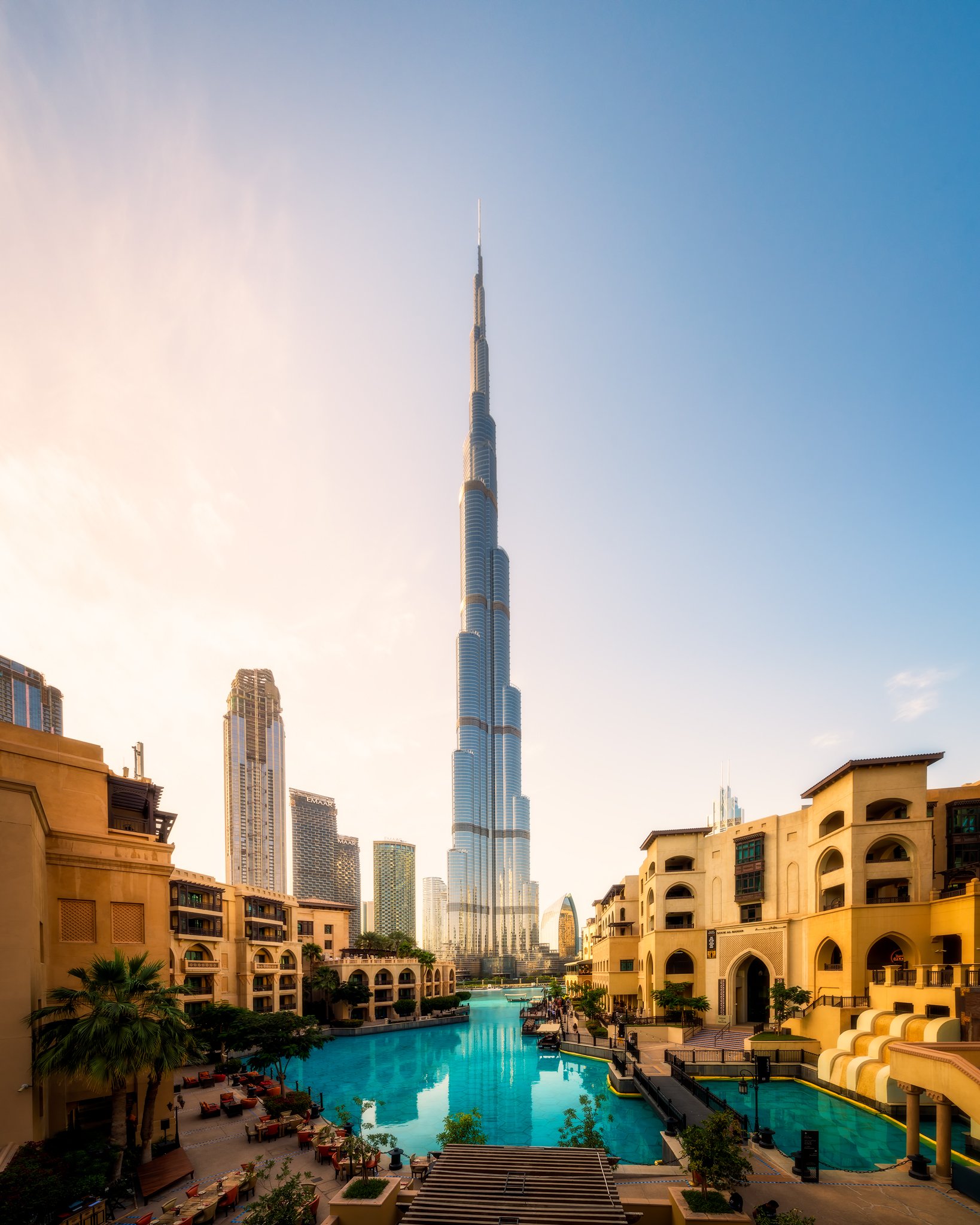 We discovered this view of the Burj Khalifa by accident while walking around Downtown Dubai. We were lured to this corner by the many restaurants with offbeat recommendations and the appearance of buildings taken out of an Arabian fairy tale.

Downtown Dubai was built by the same developer as the Burj Khalifa – EMAAR. Although it is hard to believe, construction work on this part of Dubai was only completed in 2017. What is perhaps most photographically captivating about this place is the combination of elements of the traditional style of Arabian architecture with the modern forms of skyscrapers rising above buildings intended for hotels and apartment buildings.

The total investment in Downtown Dubai was, in effect, $20 billion. As already mentioned in the article about Burj Khalifa, the skyscraper itself has not brought as much profit as the rest of Downtown Dubai.

However, this part of the city is not only known for its luxury condos and restaurants. Plenty of tourists are lured here by Dubai Mall and Fashion Avenue – which are worth visiting not only for the variety of global brands but also for their original architecture and design.

Another compelling reason to spend a little time in Downtown Dubai is the fountain interacting with the music and a light laser show. Just a tip: if you are going to see this water, music, and light show, it is most impressive at sunset. However, to see it best it’s worth going yes half an hour before the show, as the fountain at this time attracts a lot of people and it’s worth taking a spot with a view.