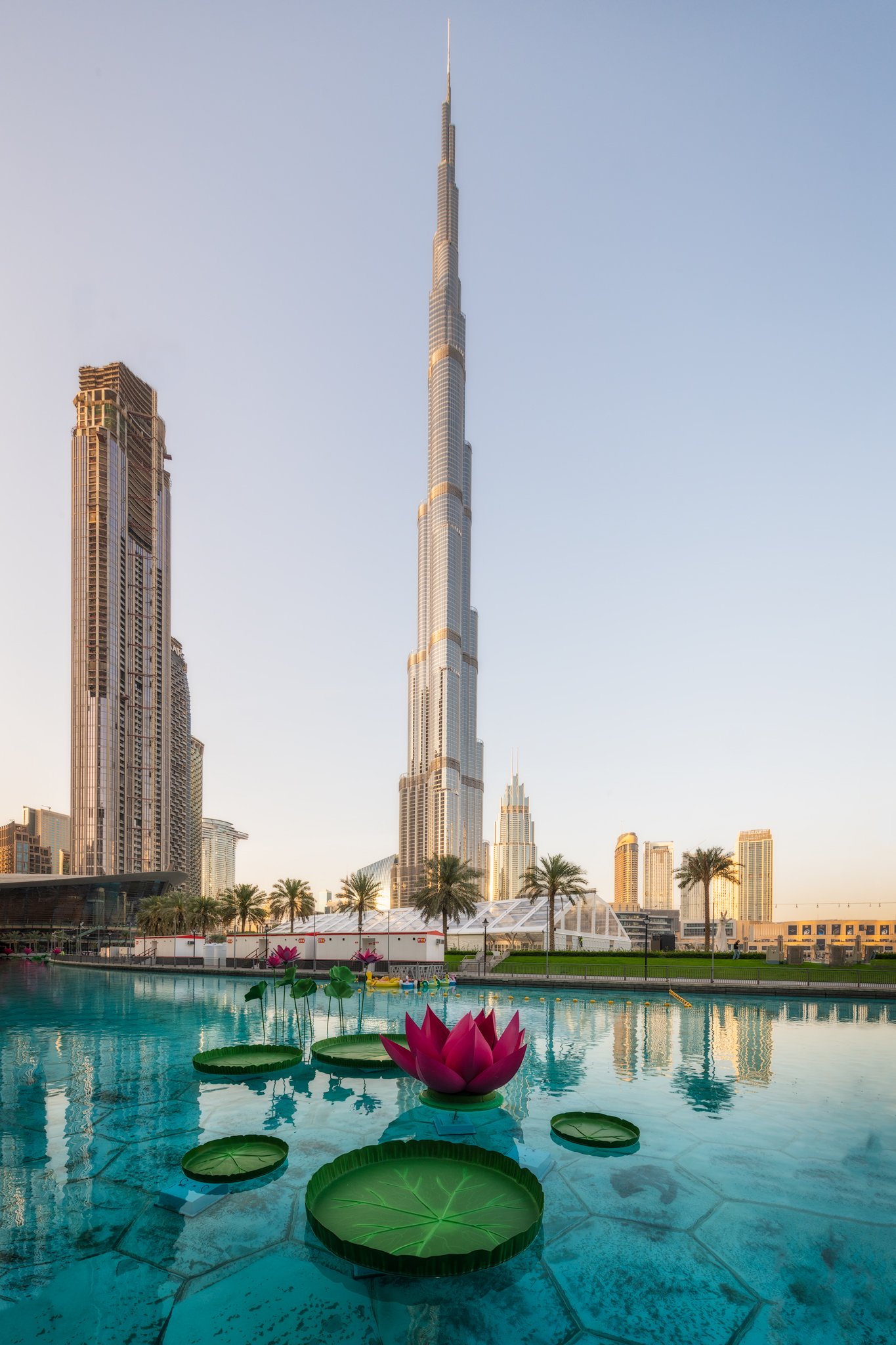 Burj Khalifa (formerly known as Burj Dubai) in Downtown Dubai is the tallest building in the world. Including the antenna, this skyscraper measures 829.8 meters. The number of exciting facts and controversies associated with the Burj Khalifa is rich. Let’s look at a few of them.

The first name of this skyscraper, when work on it began in 2004, was Burj Dubai. However, developer Emaar ran into solvency problems due to the global financial crisis (2007-2008). With help came Sheikh Khalifa – the then ruler of the United Arab Emirates – who covered the necessary construction costs. To honour this help, the name of the skyscraper was changed to Burj Khalifa.

According to some sources, some of the structural steel of the Burj Khalifa came from the Palace of the Republic in East Berlin (the former parliament of East Germany). The construction of this skyscraper was commissioned by Skidmore. Owings & Merill – the firm that designed the previous tallest towers in the world, the Sears Tower in Chicago. The design, however, is meant to draw on traditional Arab Emirati buildings – such as the Samarra Mosque.

The Burj Khalifa was a major investment for Dubai and the start of a new era for the emirate. As one of our friends living in Dubai described, the construction of the Burj Khalifa was a smart move for tourism. Prior to Emaar’s investment, the Emirate relied mainly on oil production for its economy. In addition to this, Dubai had world prominence in terms of its seaport and international airport. However, in order to put Dubai on the world tourist map, Sheikh Mohammed bin Rashid Al Maktoum wanted to create something sensational, worth a visit for any tourist. Even the one who only transfers to another plane in Dubai and has a few hours to explore the city.

The investment worked, and today Dubai is one of the world’s destinations described as a “must visit.” Admittedly, the Burj Khalifa itself brings in about as much profit as it costs. But the surrounding residential buildings and shopping mall, are very profitable.

In this picture, undoubtedly, the Burj Khalifa takes center stage. It is such a dominant structure that the whole of Downtown Dubai seems just a background for this skyscraper. Or a foreground that only complements the grandeur of this tallest building in the world. Such as this artificial lake with colorful flowers.