The city of Lugano is located in the “Italian-speaking” part of Switzerland. For this, Lake Lugano is located between other well-known lakes: Lago Maggiore and Lago di Como in the southern Alps in the canton of Ticino. This panorama of Lugano is somewhat abstract, but also in reality the city is arranged like a crescent between the mountain peaks of Brè (925 m above sea level) and San Salvatore (912 m above sea level).

The shores of Lugano were already inhabited during the Stone Age. The area of the present city, however, was only settled by the Romans in the first century BC. Compared to surrounding towns, however, Lugano has few “souvenirs” from that time. Lugano’s later history was dominated by the struggles of influential Italian families. Until 1513, when the city became a dominion of Switzerland. Although the city, as well as the entire canton, continued to change hands (the French and Napoleon were also involved), Lugano eventually became part of the Swiss canton of Ticino.

From the mid-19th century to 1970, Lugano’s population nearly doubled. This was mainly due to foreigners looking for a safe shore. After World War II, Lugano became an important financial centre. More specifically, after the 1970s, it became Switzerland’s third-largest financial centre. In addition, 9 out of 10 people work in companies that provide services. Does this surprise you? 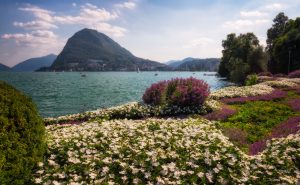 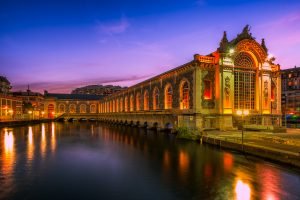