For this photograph – it didn’t take long to capture, neither had I spent much time to magically remove any person in the post-processing. It appeared on the day that when I visited Aljaferia Palace, everyone in view was rushing to see the oriental feature of the palace and all present left this medieval courtyard without paying any attention to its uniqueness.

In the Aljaferia Palace, I enjoyed the connection of the styles the most. Though the Islamic palace has a very characteristic interior, with mixtilinear arcs and arabesque on large surfaces, this courtyard reminded me of a more gothic style.

As I learned later, the name of this courtyard is Patio de San Martin. The Church of de San Martin was built in a Gothic-Mudéjar style, by the king Peter IV of Aragon “the Ceremonious” in the 14th Century. It was then partly rebuilt in the neo-classic style in the 18th Century. 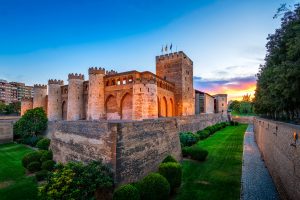 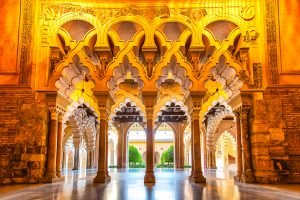 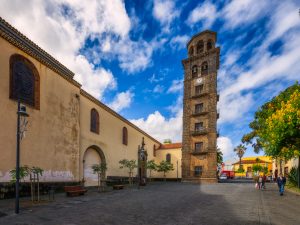