​Peniscola is the kind of town that is our favourite to visit. Beautiful with a rich history, but still not so much discovered by travellers and photographers. Even the history of this place is very interesting; the legend says that even Hamilcar Barca made his son Hannibal swear that he would never be a friend to Rome.

Peniscola is a Spanish translation to a Latin word “Peninsula”. The reason for the name is not too difficult to understand – the Peniscola Castle as well as a 220-meter high lighthouse, occupied the Peninsula of Peniscola. The Peniscola Castle which you see in the photo (and also in other photos of Nico that he loves), was built in the 13th Century by Knights Templar. At some point, this castle also became a house to Pope Benedict III.

Unfortunately, we only spent one day in this charming Spanish town when we were travelling from Barcelona to Valencia. We regret that we didn’t have more time to discover the atmosphere of Peniscola. It seemed that the tourists that were there were Spaniards enjoying their summer holidays, which made the town pleasantly calm and relaxed. It’s definitely one of the places to which we could travel again! 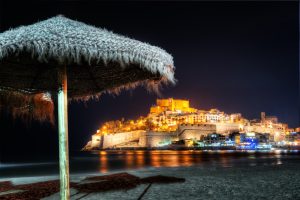 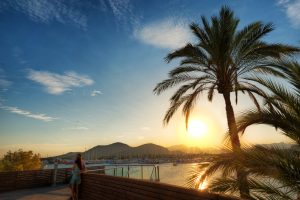 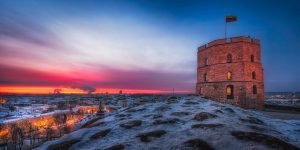