It was the end of the day of photo shooting during the PhotoPills camp in Menorca. I was almost done packing, when a sparkle in the sky caught my attention. It was the moon! There was something very peculiar about it this time – it appeared as if there were actual flames on one of the sides!

Before thoughts of the end of the world came to my mind, one of my colleagues explained to me that what I saw was something called – earthshine. I had only heard about this for the first time and I just couldn’t believe that as a visual person, as a traveller and photographer – I had never heard of earthshine before. Have you?

Earthshine is nothing more than the sun’s light reflecting on the Earth, which then replicates back onto the moon. This part of the moon then begins to glow on one side for just a little moment. It doesn’t happen very often, but when it does after a sunset, be sure to take a photo of it! Your friends will appreciate to learn what earthshine is, just as my friends did. 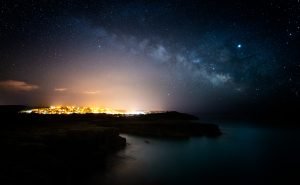 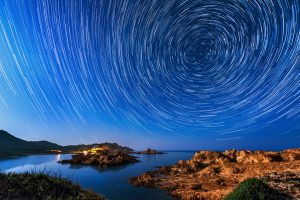