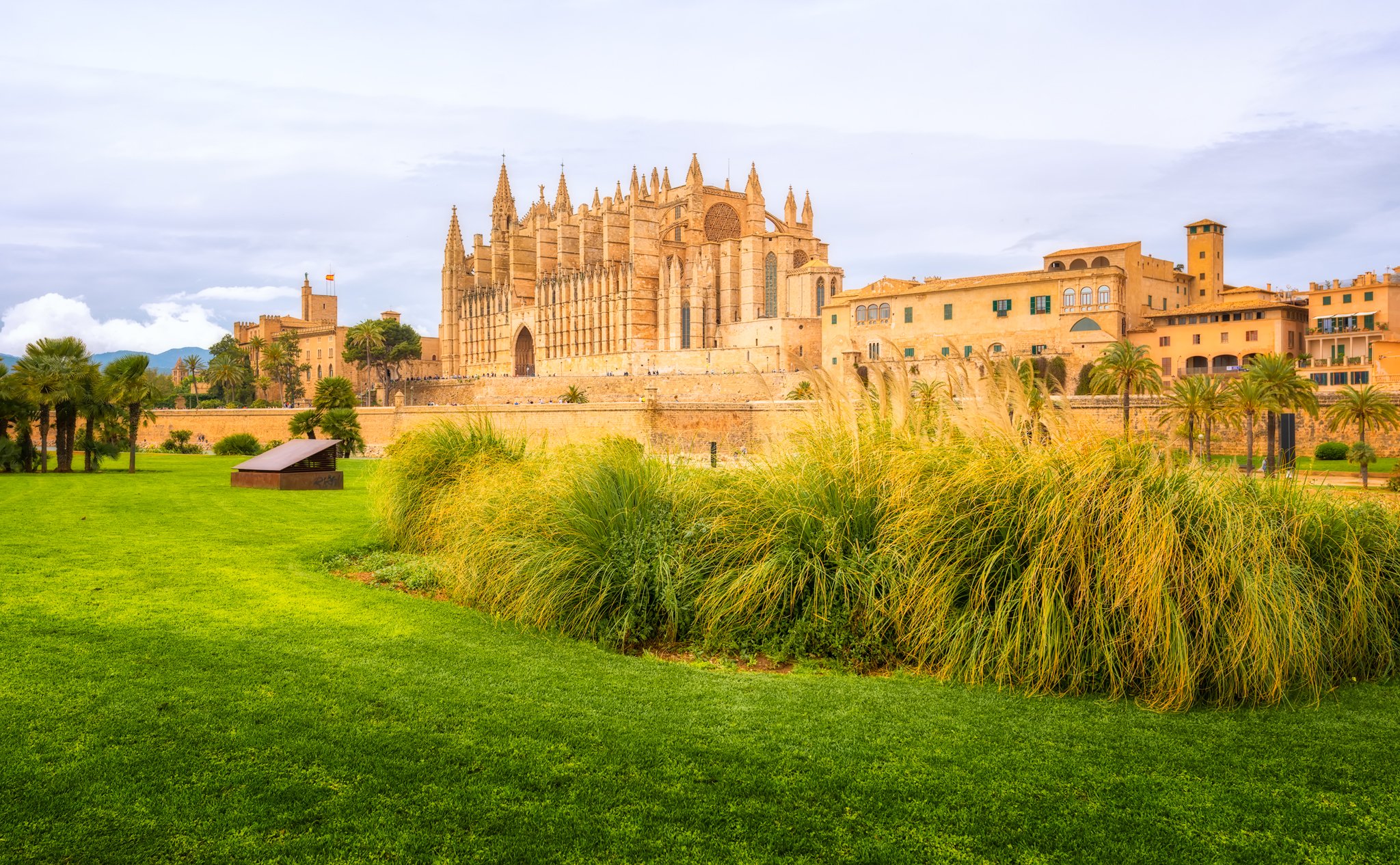 We have already dedicated one article about La Seu – the main cathedral in Palma, Mallorca. In the previous photo, however, Nico has mainly captured this Gothic cathedral with its adjacent moat. This shot was taken from the park by the port of Palma. Thanks to the wider perspective, the Royal Palace of La Almudaina is also visible on the left in this shot.

Interestingly, Palma Cathedral has three facades whose functions are slightly different. The one most visible in the photo is the south facade – the Fachada del Mirador. This is the most imposing side of La Seu; this wall of the cathedral was viewed by travellers arriving mainly by sea. Yes, once upon a time, Mallorca could only be visited by boat – although in the time of Ryanair we may find this hard to imagine. 😉 The builders of the cathedral were keen to inspire awe in travellers and hence so many ornate details are visible even from afar. To the north is the slightly less imposing Fachada de l’Almoina facade and on the castle side is the Fachada de la Almudaina..

The Royal Palace of La Almudaina was built as a defensive castle and is still the official residence of the Spanish royal family. The origins of the construction of this castle (alcázar) date back to the 13th century AD. Even today, the style of the first floor and the decoration refer to the first centuries of the palace’s existence. The second floor of the Royal Palace of La Almudaina was built in the first half of the 16th century and, to this day, the decoration of this space refers to the centuries after this extension.