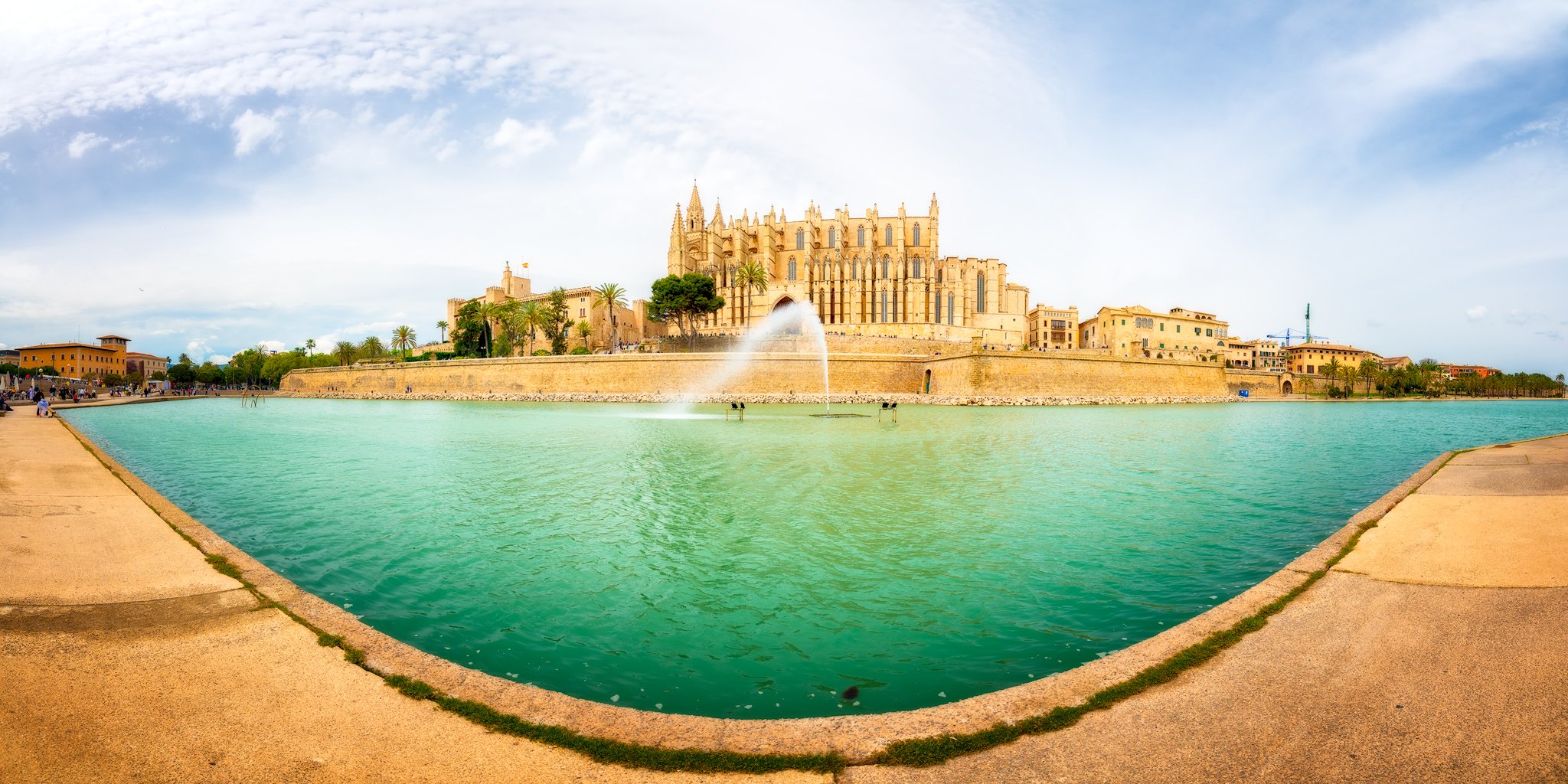 This panorama of the Mallorca Cathedral in Palma, captured at this angle, reminds me of… a fish. Or, in truth, from the lens perspective, when Nico wanted to capture the entirety of the Cathedral in Palma, including the surrounding moat. A task not easy – the size of this cathedral is 121 meters long, 40 meters wide, and 44 meters high. In comparison, Notre Dame in Paris is “only” 33 meters high.

The Cathedral of Palma in Mallorca is officially called the “Cathedral of St. Mary of Palma” and colloquially “La Seu”. The construction of this Gothic church was commissioned as early as 1229 by King James I of Aragon. However, the work on the Cathedral of Palma was not completed until 1601. Most of the cathedral is Catalan Gothic, but with influences from Northern European elements of the style.

The Palma Cathedral became famous again more than 300 years after the original design was completed. In 1901, Antoni Gaudí became involved in the reconstruction of La Seu. Many of his decorative and construction ideas were put into practice – such as the repositioning of the choir room. However, after an argument with the contractors in 1914, Antoni Gaudí resigned from leading the project.