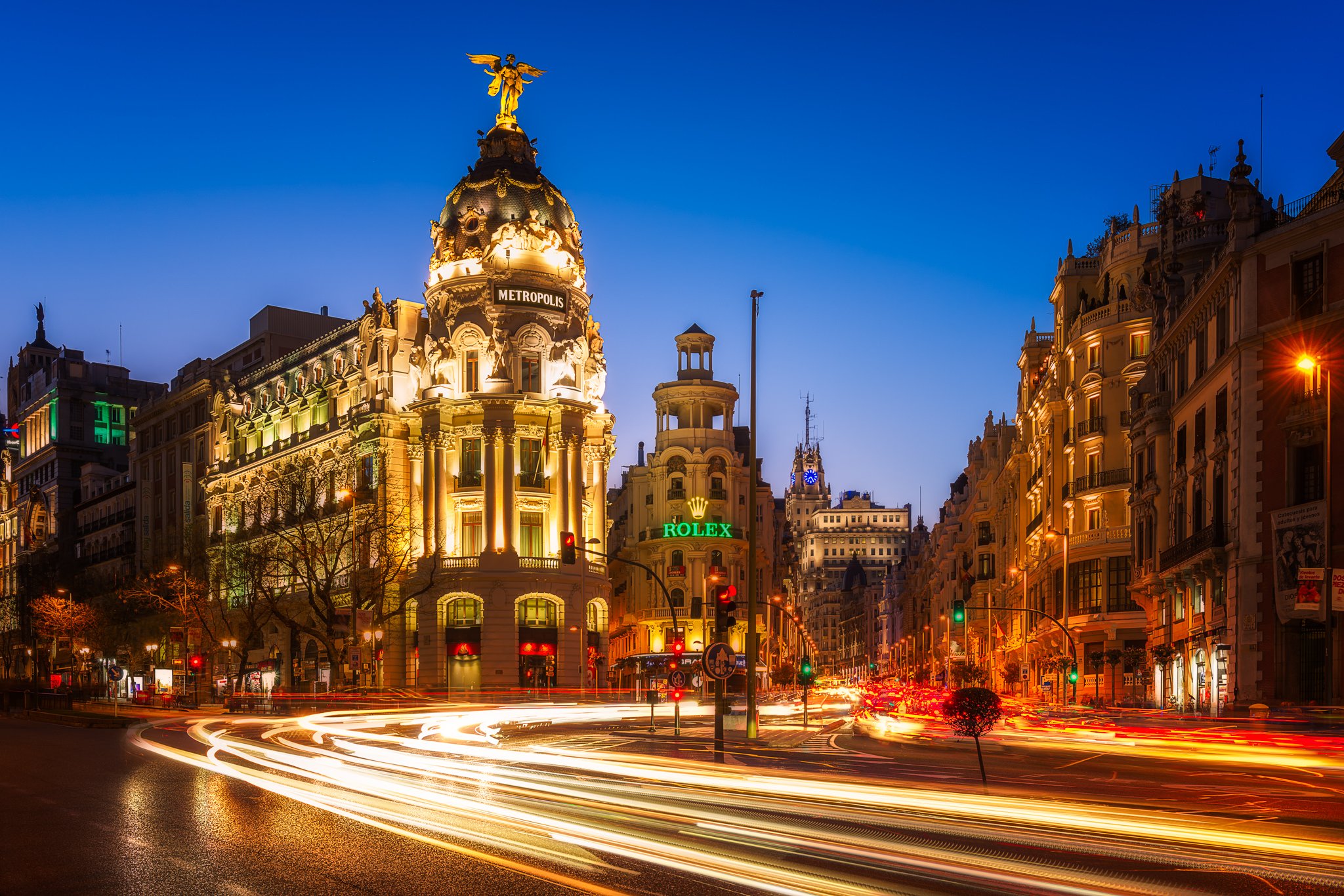 The Gran Via in Madrid can be likened to the Spanish Broadway. The Gran Via and The Metropolis Building is presumably the most photographed location in the capital of Spain.

In my photograph, I tried to capture the pace and glamour-appearance of the street. The night lights only emphasised the unique character of the architecture of The Metropolis Building. The Corinthian Columns and the ornate statues differ to that which is usually seen in Spanish architecture and that is because it follows the typical style of French Beaux-arts design, lovingly created by French architects Jules and Raymond Février between 1907 and 1911.

We stood in the same position for over 40 minutes observing the lights of the cars, watching passers-by and listening to the sounds of the very busy city. I hoped to connect all the impressions and moments in just one image that would best describe the glamorous and “electric” personage of Madrid.