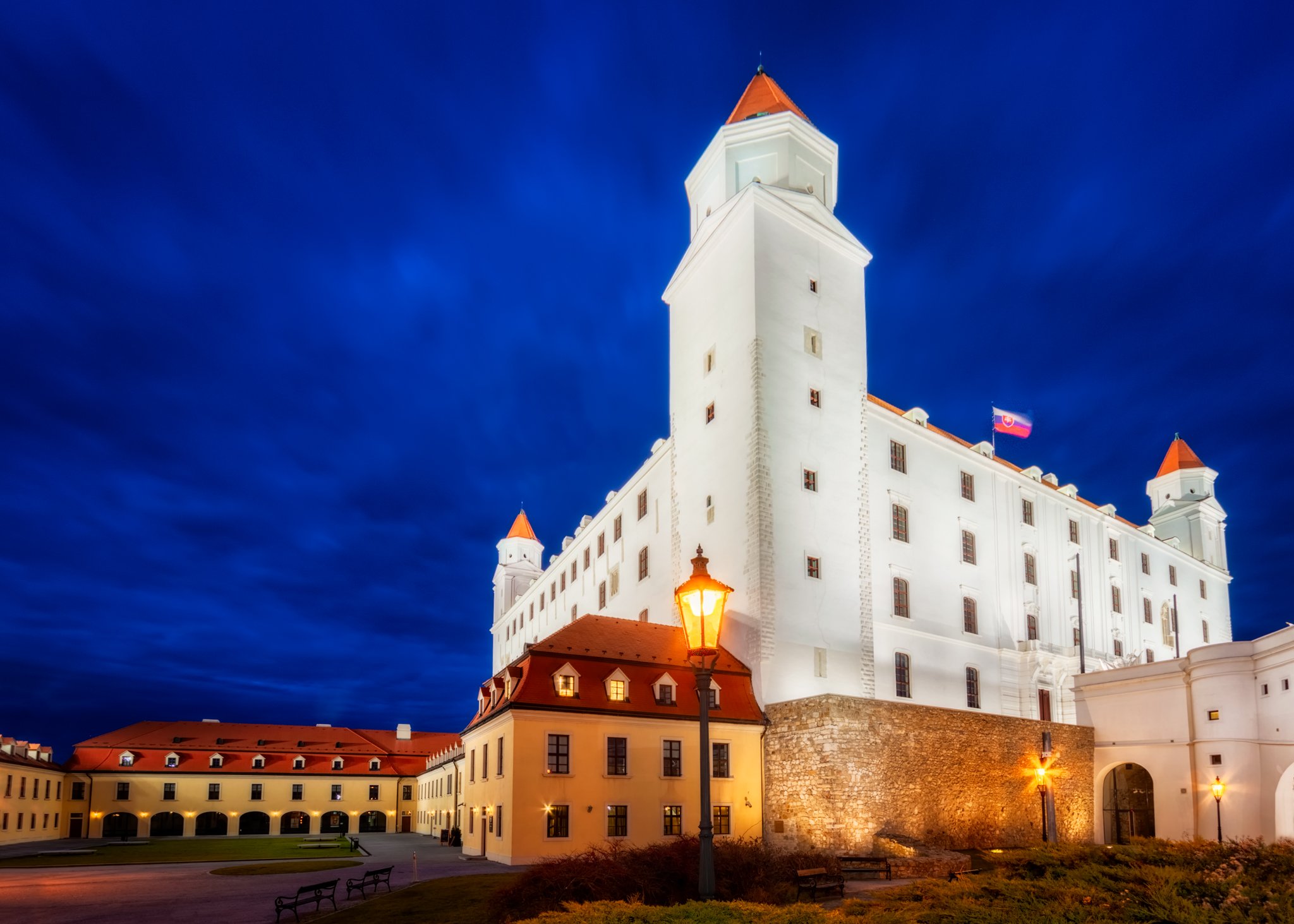 Bratislava Castle (Bratislavský hrad) in Slovakia was like a favourite candy for Nico to photograph, whose wrapper is not so easy to open. If you stand on the hill of the Lesser Carpathians, where this most important Slovak castle is located, you will find it difficult to encompass its every corner with your eyes.

However, Nico turned on his creativity and years ago published a photo of Bratislava Castle: “Ghosts of the Romans.” Nonetheless, looking for answers on how to capture the spirit of the place, he returned to the photos of this Slovak monument years later. How do you like this version of a close shot of the castle?

This shot of Bratislava Castle reminds me of the legend described by Jean Olexy and Frank Luther in their presentation “Castles of Slovakia.” According to it, even before the times of Great Moravia, the inhabitants of the castle had to face an incredible problem. Every day when they woke up, they were very tired. On top of that, they suddenly found elements of the castle not where they should be. To discover the mystery of the terrible fatigue of his people, the king asked a local wizard to read the signs from a glass ball. So, the old man investigated the sphere and suddenly announced an unexpected reason. There was a giant who worked in the western Carpathian Mountains but lived in the eastern mountains. Every day when he went to work, this giant turned over the Bratislava castle and used it as a breakfast table. However, the wizard and the castle’s inhabitants devised a plan on how to confuse the giant so that he would use a different route to work. They laid huge stones in the castle square to represent to the giant a shortcut of his route from his home to the western mountains. The trick worked and the very next morning the residents of Bratislava Castle woke up rested.

Legend is a legend, but even if you look from this perspective in the picture Bratislava Castle has something of the construction of a giant table…