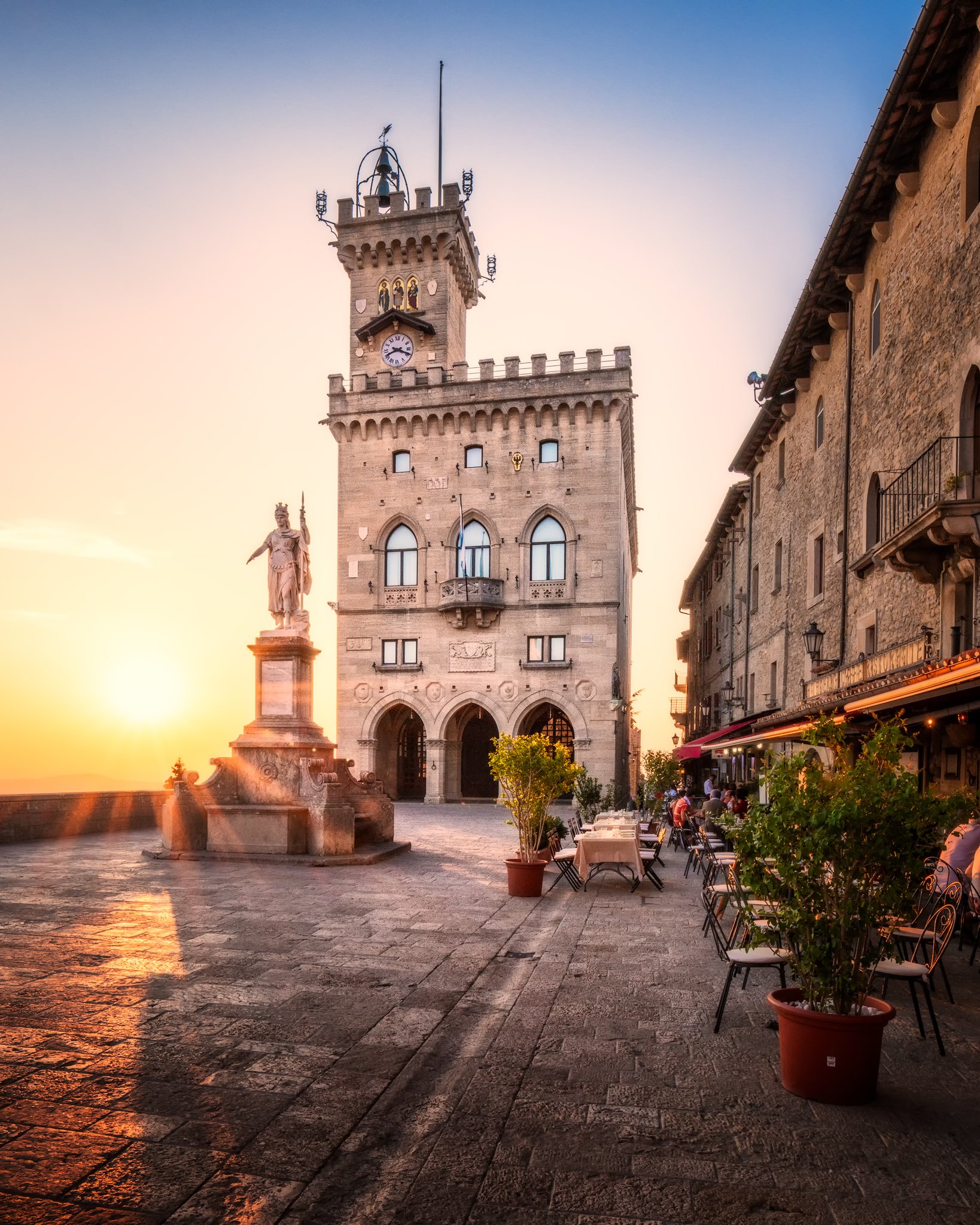 Palazzo Pubblico, is otherwise known as the “public palace”. This 19th-century building is the seat of government of San Marino, a country surrounded by Italy. Its representation can be found on the two-euro coin.

San Marino is a fascinating country. It is only 62 square kilometres in size and has 33,000 inhabitants. It seems to be an ordinary city, one could think. However, crossing its border, you will feel like you are in a different world. It is worth mentioning that the centre is located on the neck of the mountain “Titano” with a height of 739 meters above sea level. So when you enter the city, you get the feeling that you will soon reach the clouds. In addition, in the city itself, the pride of “libertà” – freedom/independence almost floats in the air.

The very center of this “enchanted” state in the clouds is the Palazzo Pubblico and the square in front of it (which is surrounded by local restaurants). The Public Palace is the seat of the main institutional and administrative bodies of the Republic of San Marino. It houses the headquarters of the Captain Regent, the Grand and General Councils, the XII Council and the Congress of State. 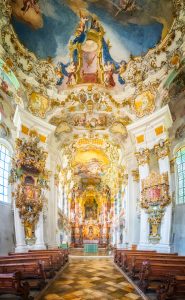 Interior of the Pilgrimage Church in Wies – Bavaria | Germany 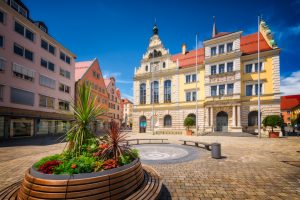 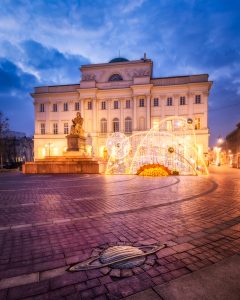