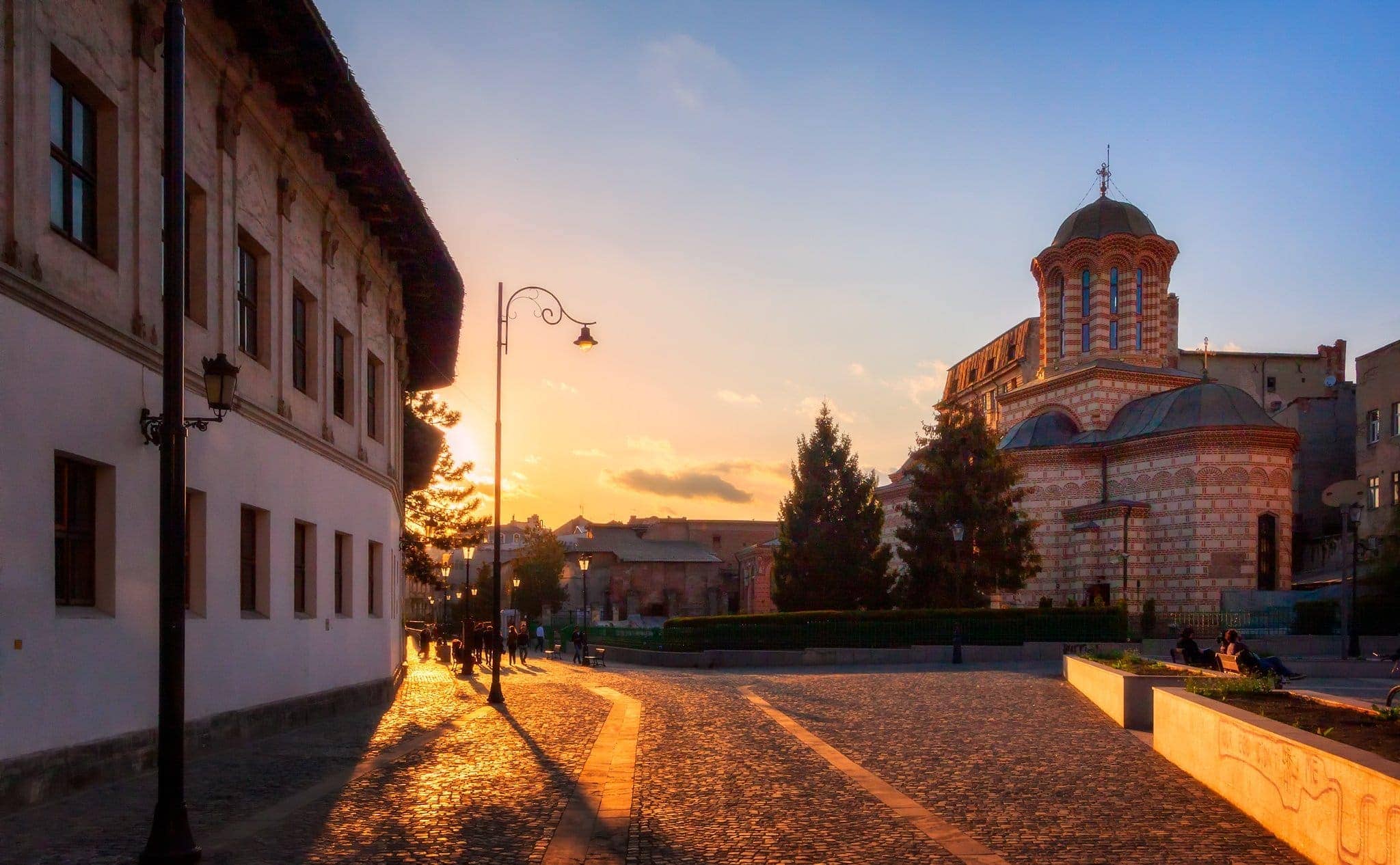 St. Anthony’s Church in Bucharest is said to be the oldest building in Romania that has mostly retained its original shape. The church is believed to have been built in the 1650s during the rule of Prince Mircea Ciobanul.

St. Anthony’s Church in Bucharest stands just down the street from the Voivode’s Palace. In this photo, however, the location is not so prominent. During this stay in Bucharest, Nico had a different inspiration for his pictures of the monuments. Instead of static shots of buildings, his photos also featured the people of the capital Bucharest and plenty of warm sunset light.

The “City of Contrasts” photo was published shortly after our visit to Bucharest and shows similar scenery. It’s been more than eight years since we visited the Romanian capital. Is it still a city of contrasts? We both asked ourselves that question looking at this contemporary version of the photo.