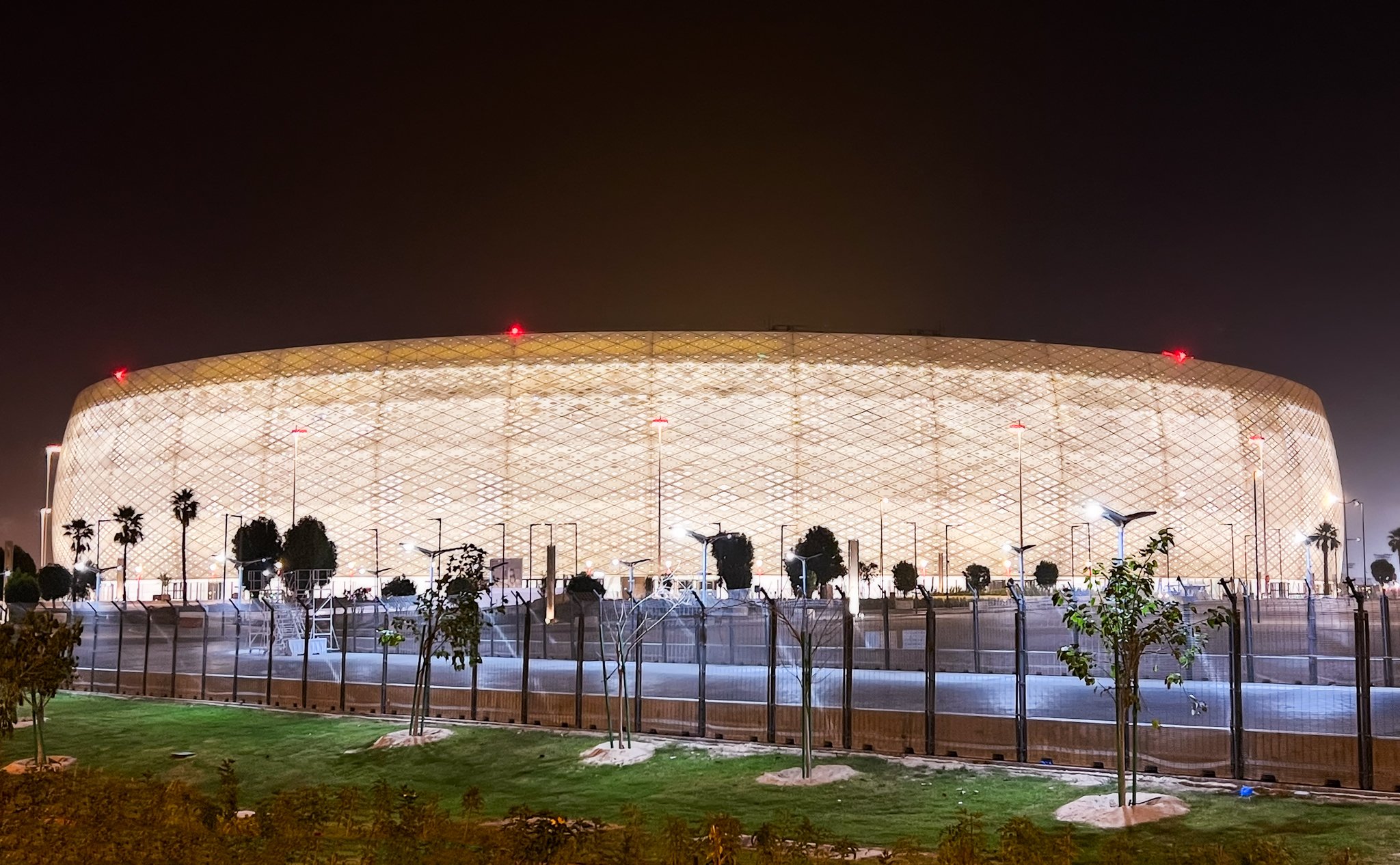 Al Thumama Stadium will host the matches of the FIFA Qatar World Cup 2022™, including the quarterfinals. And this time, this stadium, newly built in 2021, refers to the tradition of Qatar.

Al Thumama Stadium is located just 12 km from the Qatari capital Doha. Its distinctive architecture can be seen from afar as you drive into the city. At night, its intricate ornamentation is revealed in full force.

The shape of Al Thumama Stadium is meant to resemble the ‘gahfiya’ – a headdress traditional to the Middle East for boys entering manhood. The stadium design refers to dignity and independence that mark the path to adulthood for every boy. It is thus meant to symbolize Qatar’s youth and its journey to adopt the international sport.