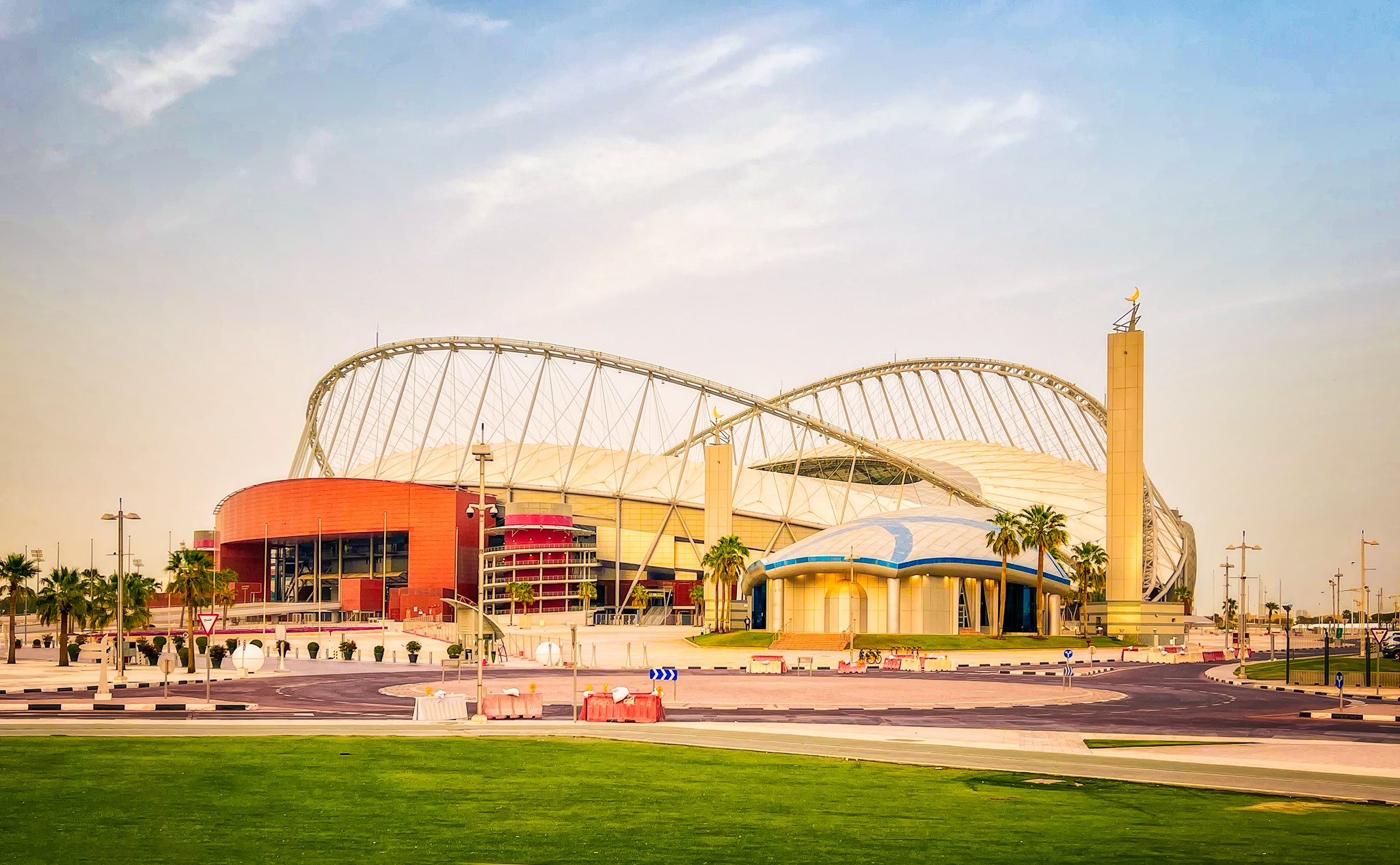 The Khalifa International Stadium is what the Qataris call an “old friend”. No wonder, it is one of the oldest stadiums in Doha and has some history behind it.

The Khalifa International Stadium was built back in 1976. The Asian Games, the Arabian Gulf Club, and the AFC Asian Cup, for example, have already been played here. In 2017, Qatar completed the renovation of this most famous stadium and gave it a slightly different shape. For example, double arches were added to the arena itself to symbolize the continuum and welcoming (embracing) fans from around the world.

Khalifa Stadium is also said to be Qatar’s most accessible stadium by public transport. And indeed, getting there from Doha’s historic center (Souq Waqif) was child’s play and quick. The stadium’s proximity to the ‘Villagio Mall’, which is literally across the street, is also a plus. As a side note: Villagio Mall is not just ordinary shops, but an adventure. In the middle of this mall, you will find a little Venice – literally canals with gondolas floating on them and shops decorated with frescoes like in Italy. 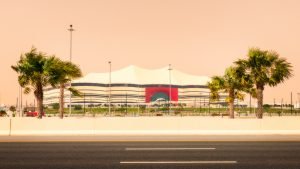 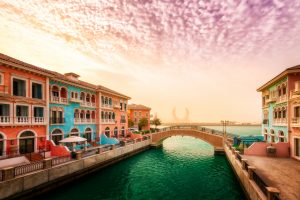 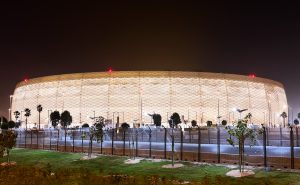