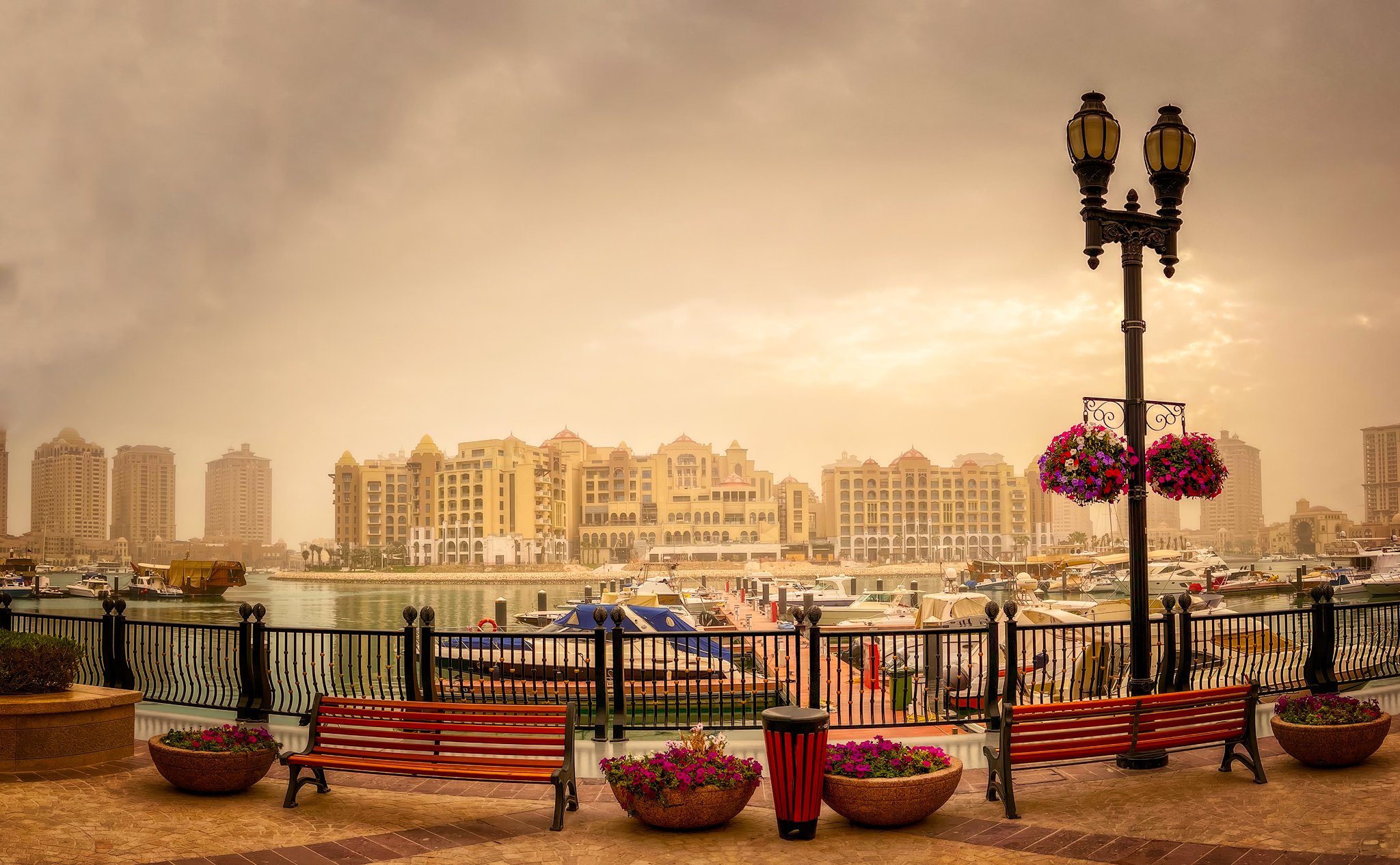 “Porto Arabia” is one of the attractions at “The Pearl” that should not get lost on your list of places to visit in Doha. The very fact that the entire district of “The Pearl” is man-made (this peninsula did not exist on the map before), deserves attention and a visit.

The entire “The Pearl Qatar” covers an area of four million square meters reclaimed from the sea. “The Arab Riviera” is divided into three districts. In one of Nico’s photos, you will see one of them – the “Qanat Quartier” deceptively reminiscent of Venice. The second, “Medina Centrale” is known for its gardens, cafes, restaurants, and shops. And of course, the picturesque “Porto Arabia” was inspired by Mediterranean architecture.

“Porto Arabia” at The Pearl-Qatar aspires to the luxurious lifestyle of the Mediterranean by combining it with Arabic flair. Along the harbor, there are towers with sumptuous flats. The view is complemented by yachts moored at the marina.

We had spent the previous few days in the more historic district of Doha, so the view of “Porto Arabia”, allowed us to feel a bit more “western”. Also, we found a few restaurants and food shops with products that we are used to in Europe. I know it’s a bit of a cheat and we were supposed to assimilate to a new culture, but… that day we just missed the familiar flavors.

Ps. This photo is not sepia. There was a fog hanging over Doha that day, somewhat resembling sand fog.