All Photos » Qatar » Doha » Doha or Venice? Qanat Quartier at “The Pearl” | Qatar

Doha or Venice? Qanat Quartier at "The Pearl" | Qatar 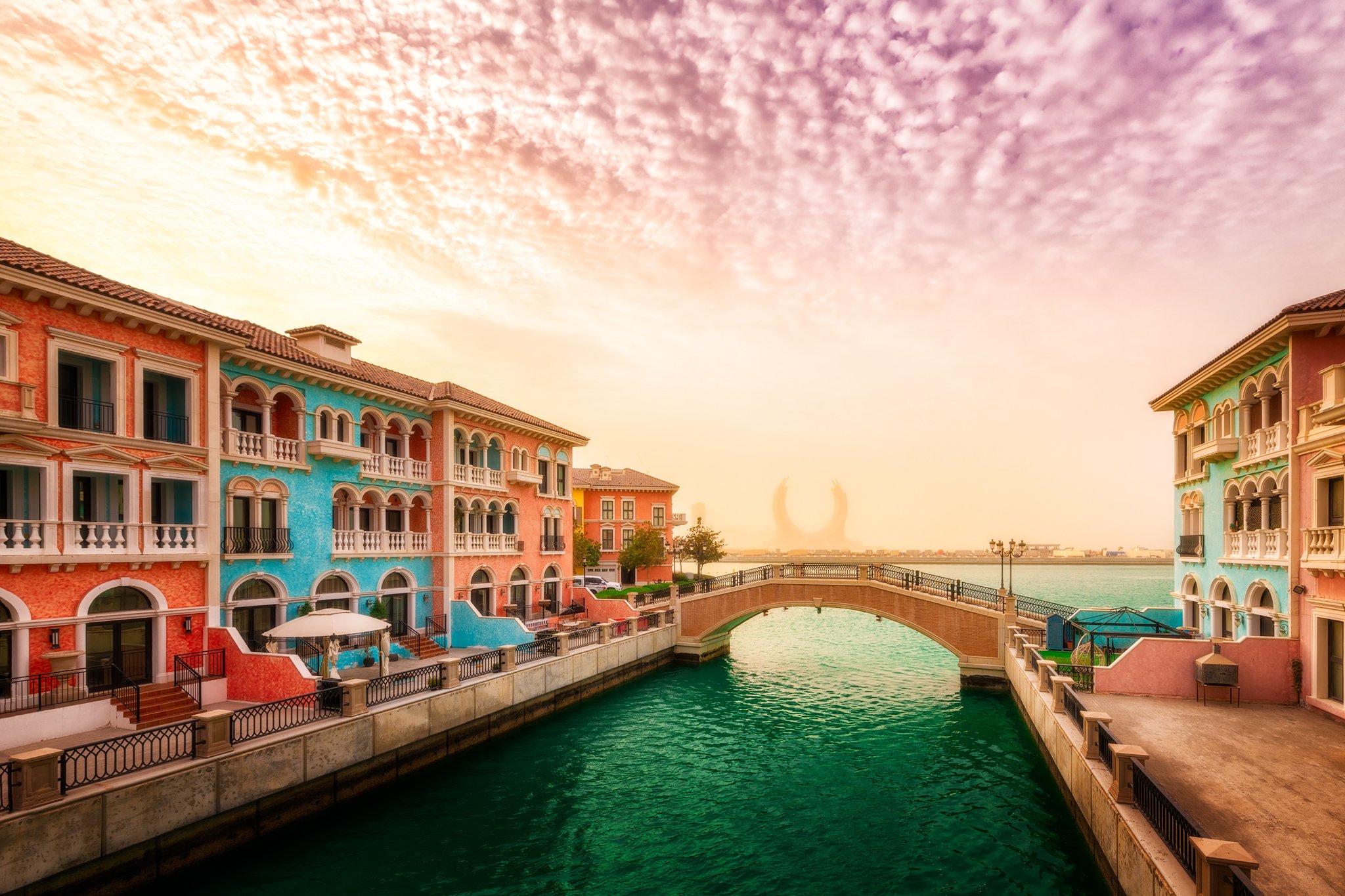 Qanat Quartier is Doha’s recently built neighborhood in ‘The Pearl’. And if it weren’t for the view of Lusail (with distinctive magnet-like Katara towers), it would feel like we had moved from desert Qatar to Venice.

We have to admit that the Qanat Quartier at “The Pearl” confused us a bit. A few minutes earlier we had been exploring the harbor at “The Pearl” and suddenly found ourselves in a completely different world. The Qanat Quartier buildings were designed and painted to reflect Venice. But that’s not all – the canals and bridges themselves were also deceptively reminiscent of that Italian city (you’ll also see the “Rialto” bridge in one of Nico’s photos). In addition, romantic and relaxing music was flowing from the speakers hidden somewhere along the waterfront bringing the feeling of Italian summer.

The big difference, however… was the presence of people. While in the original Venice you cannot walk without bumping into others, at Qanat Quartier we met only a few passersby.  There are also no crowded cafes and restaurants. The whole “town” seems to be just built and still waiting for its inhabitants.

I wondered if it even made sense to compare Venice to the Qanat Quartier. Despite the spurious resemblance to Venice, it’s easy to read that you’re in a different part of the world – through the views of Lusail, for example. Or the fact that you can get to Quanat Quartier by Uber 😉