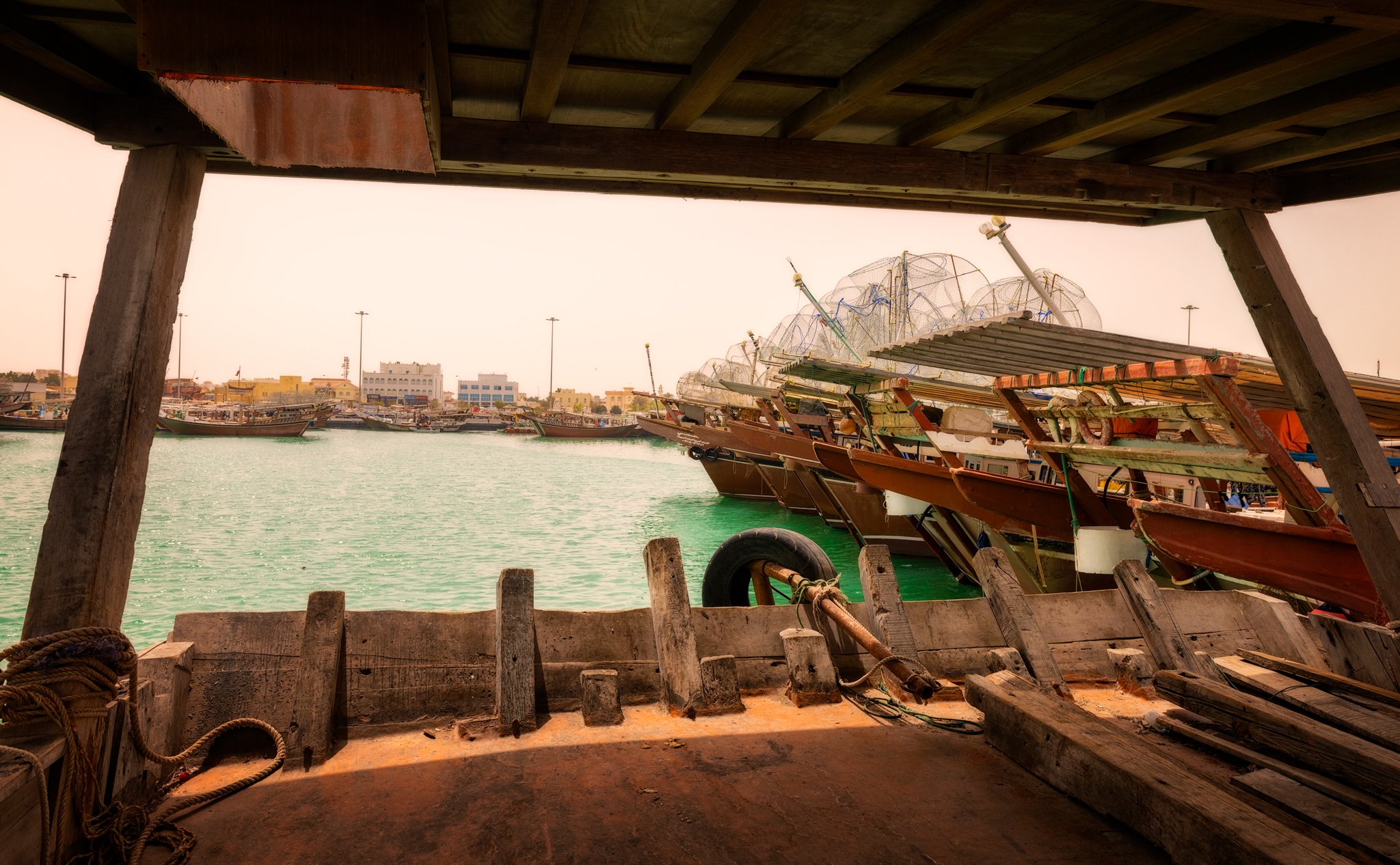 Al Khor port is one of the „cradles” of Qatar. It was here that the Al Muhannadi clan, (which consisted of seven Bedouin families), founded the city, which became part of the State of Qatar after 1971. As with Doha, the main occupation of the Bedouin in this region was fishing and pearl fishing.

Al Khor is only 50 kilometers from Qatar’s capital Doha. The road to Al Khor itself is an adventure in itself – despite the modern infrastructure, it feels like driving through the desert without the company of other cars. Although Al Khor only has a population of around two hundred thousand, the highway from Doha is 6-7 lanes wide.

Our Qatar guide revealed to us that a large part of the Qatari family prefers to live in Al Khor, due to the slightly lower temperatures in the north of the country compared to Doha. Besides, Al Khor is said to be a great holiday destination – it houses resorts, historical sites, and natural monuments.

However, we only managed to see the Al Khor fishing port. The traditional barges still catching local fish today are like floating history. Our guide also revealed to us that if we want to eat fish in a restaurant, we can be sure that it will be fresh – in Qatar there is a law that it can be kept for a maximum of one day without facing heavy fines.