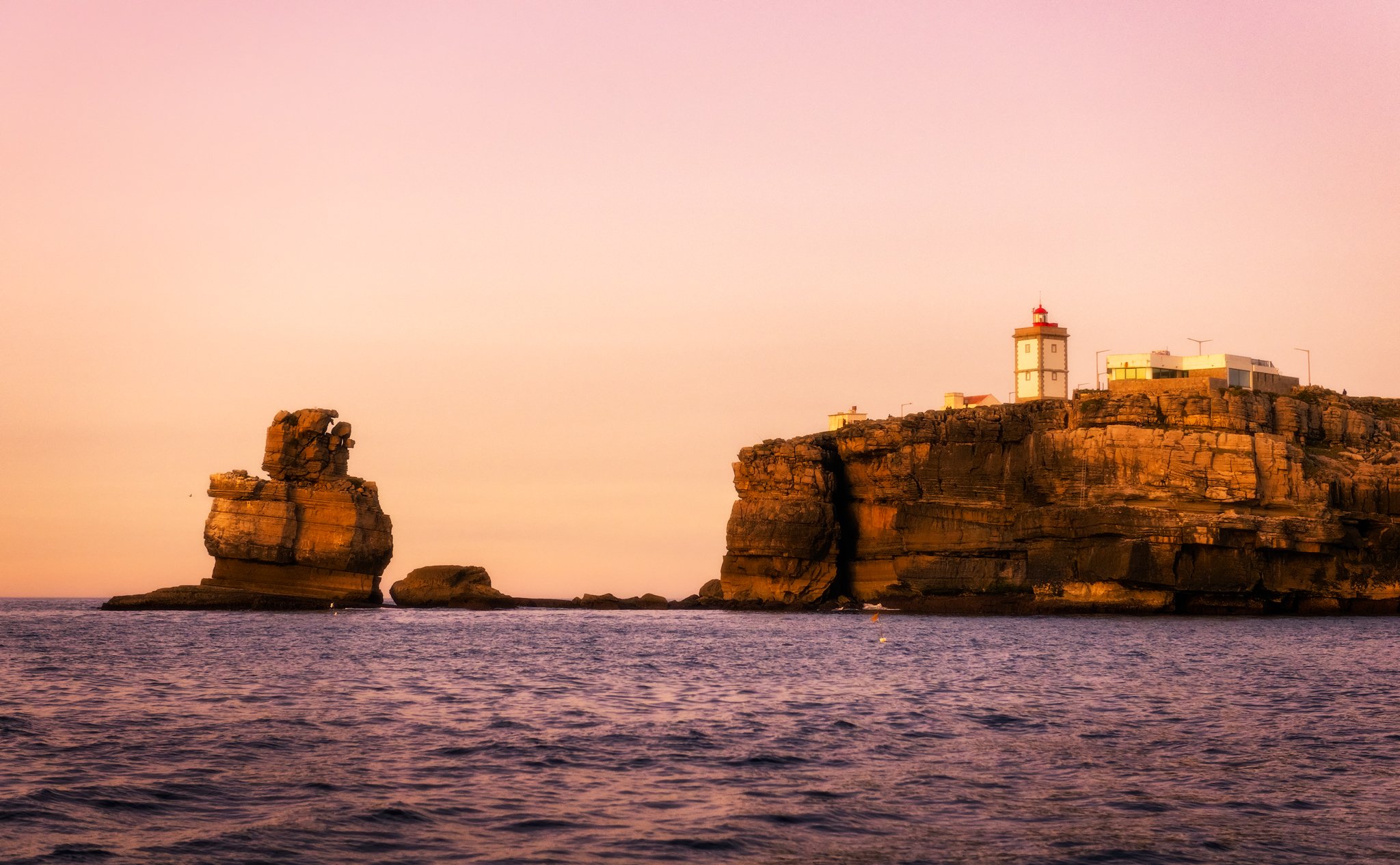 Peniche is one of Portugal‘s most important seaports, and the Cabo Carvoeiro lighthouse is one of the city’s significant landmarks. However, it is not a monument in the typical sense, as the lighthouse is still functioning. It has allowed sailors to dock safely in Peniche’s harbour for more than four centuries until today.

This view of the Peniche Laternia is unusual. Nico captured this scenery at sunset as we were returning from Grande Berlengas Island. Although we traveled by motorboat in the most picturesque places, the boat captain slowed down and allowed us to take pictures. Capo Carvoeiro is a peninsula which is ending in fantastic rock formations. As you can see from this perspective, the ruggedness of the landscape in this part of Portugal justifies the need for a larger lighthouse.