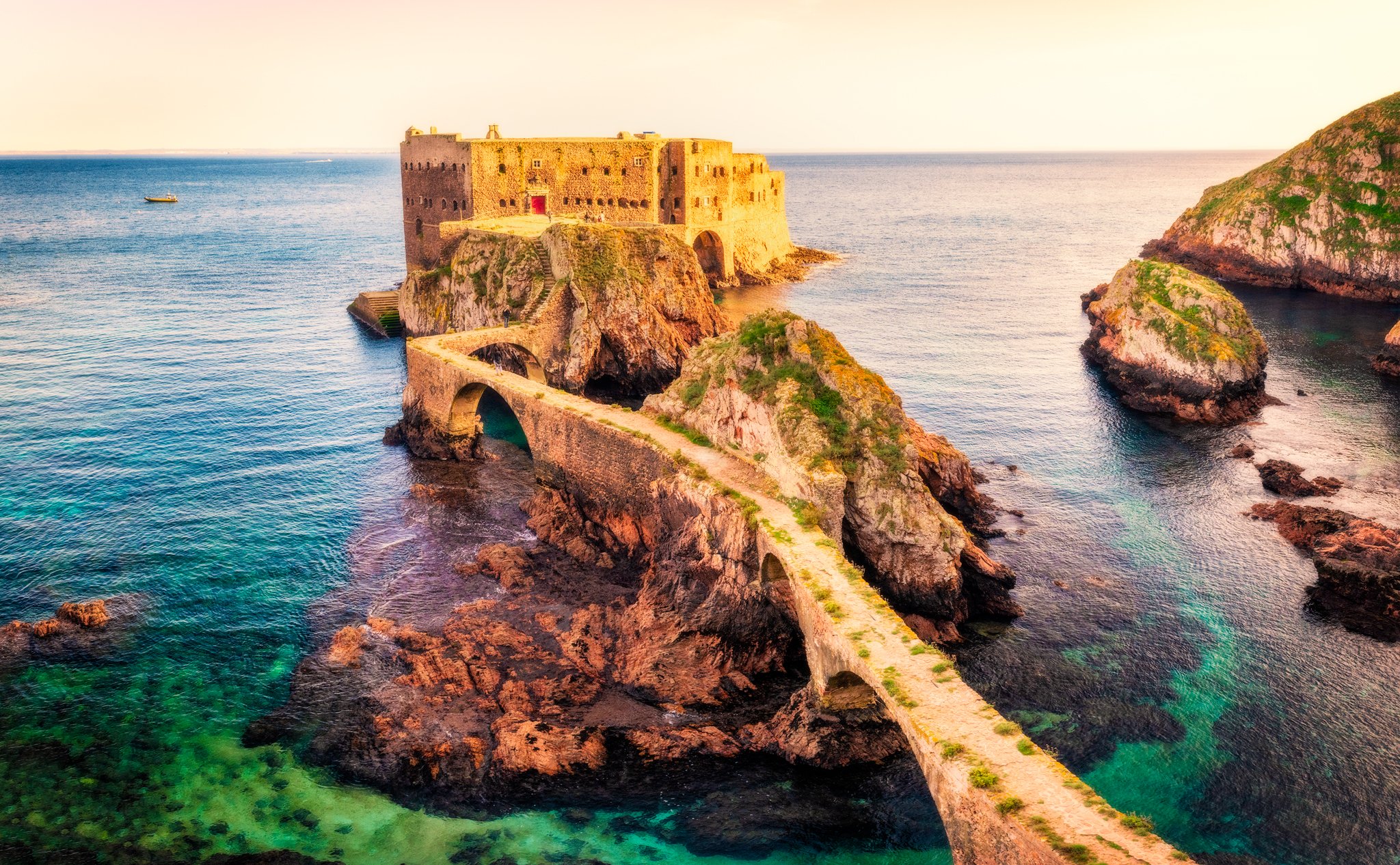 The Fortress of São João Baptista on the island of Berlengas near Peniche has tempted Nico for a long time. The problem is that there are usually a lot of visitors around the fortress who enter Nico’s frame. So, the best time of year to visit the São João Baptista fort is winter. The trick is to ensure the weather in this area of Portugal is favourable, and the ocean is not too rough. On this January day, however, we were lucky, and the boat trip to Berlengas was possible and even enjoyable.

Fort Berlengas belongs to the municipality of Peniche in the Oeste region of Portugal. King Manuel of Portugal commissioned the construction of the first fort in 1502. In the 16th century, the site was home to the Hieronymite Order but was later abandoned by them. Despite their ideal isolation from the world, the monks at Berlengas were constantly harassed by pirates. The fortress of Berlengas then fell into disrepair, until the 17th century, when the fort was rebuilt. Berlengas then became an important defensive point for Portugal against attacks by the Spanish army.

In 1953, the Berlengas Fortress was rebuilt again, but with a different intention… Today the Berlengas Fort houses an inn. You can even stay overnight there supposedly for only 10 euros a night! Unfortunately, this inn was closed during the winter. However, Nico and I wondered what it would be like to stay on the island after sunset. There are perhaps only a handful of houses on the island besides the fort. Overall, Berlengas seems to be inhabited by only a few million seagulls. Experiencing a sunset or sunrise at such a distance from civilization must be an amazing experience.