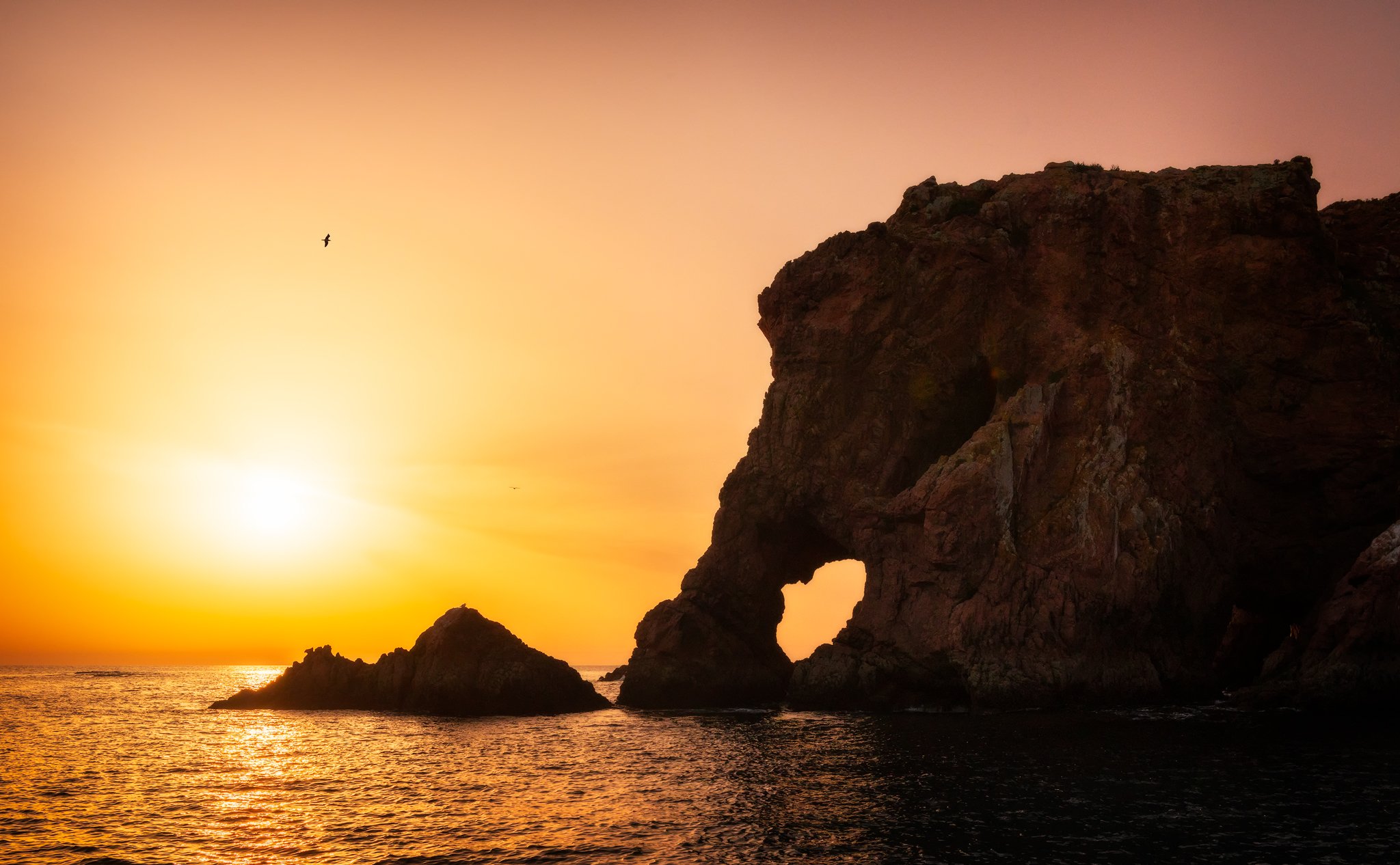 We spotted this “elephant” while on our way back from Berlengas Island to Peniche, Portugal. Although we were traveling by speedboat at a dizzying pace (almost flying over the waves of the Atlantic) the captain of the boat slowed down at this rock formation and allowed Nico to capture the Berlengas Elephant at sunset.

The Berlengas Islands are located about 10 kilometers from Peniche in the Oeste region of Portugal. However, even though the entire archipelago consists of 3 islands and a total of about 985 hectares, sightseeing is only possible on Grande Berlenga. Grande Berlenga is 1.5 kilometers long and 0.8 kilometers wide. Due to such a small area, the allowed number of tourists on the island is 350 per day. The other two islets of Estelas and Farilhões-Forcados are only accessible to scientists studying the flora and birds of the Berlengas archipelago.

In June 2011, the Coordinating Council of UNESCO’s Man and the Biosphere Program included the Berlengas archipelago in the World Network of Biosphere Reserves. We couldn’t argue with this decision. The nature on Berlengas is breathtaking, but also a reminder of how humans are dependent on the forces of nature here. At sunset that day, the ocean near Elephant Berlengas was calm. The fact, however, is that none of the islands are permanently inhabited. Nowadays, sometimes the only people on Grande Berlengas are the lighthouse operators, who work in weekly shifts. As early as the 16th century, the monks living at the Berlengas fort left the island. And pirates were not the only reason for this. Harsh weather conditions and distance from land made it almost impossible for them to live on the island.