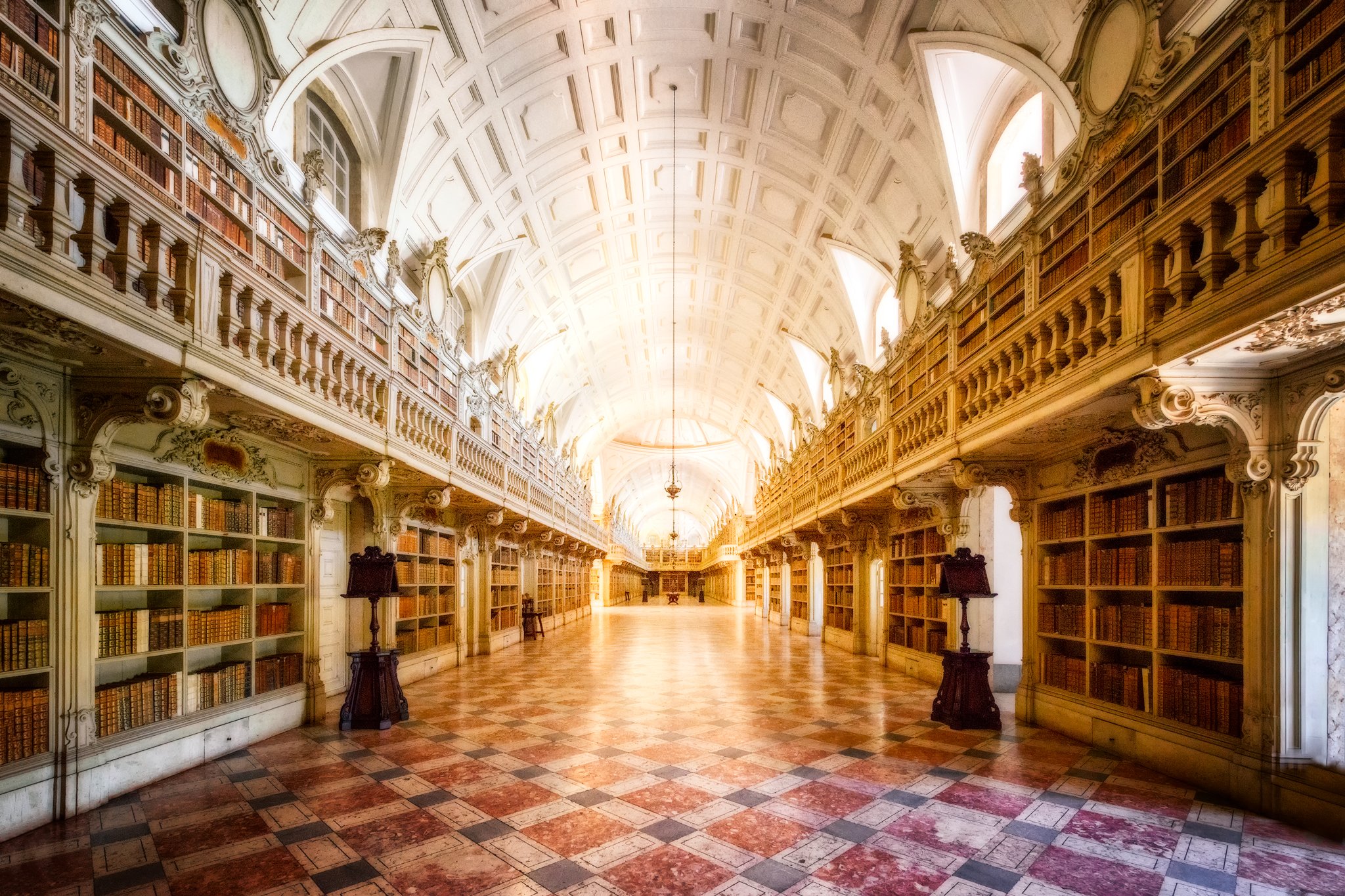 In 1711, Portuguese King John V vowed to build a convent if his wife Mariana would give him offspring. So with the birth of his first daughter Infanta Barbara of Portugal, work on the convent, basilica and palace at Mafra (the king proved much more generous) was begun.

The palace, basilica and convent in Mafra were built mainly in Baroque, but also in Classicist style. The main German architect João Frederico Ludovice drew his inspiration for the palace from the architectural achievements of Rome and Italian art. Despite the fact that Mafra was not the main seat of the monarchy (before that it was just a place for hunting), King John V spared no expense to build this one of the greatest Portuguese palaces. Some historical sources report that 15 to 45 THOUSAND people worked on the construction every day. And more than 7,000 soldiers were deployed to keep order.

The entire complex in Mafra has 1200 rooms. However, the room that most aroused our admiration is the library in the photo. And not just because of the architecture – this is one of the most important European libraries of the Enlightenment. It contains more than 36 thousand copies of books purchased by the king. And do you remember the “List of forbidden books” issued by the Catholic Church? Pope Benedict XV, to emphasize the importance of these collections of literature, allowed the books that were on it to be kept in this library.