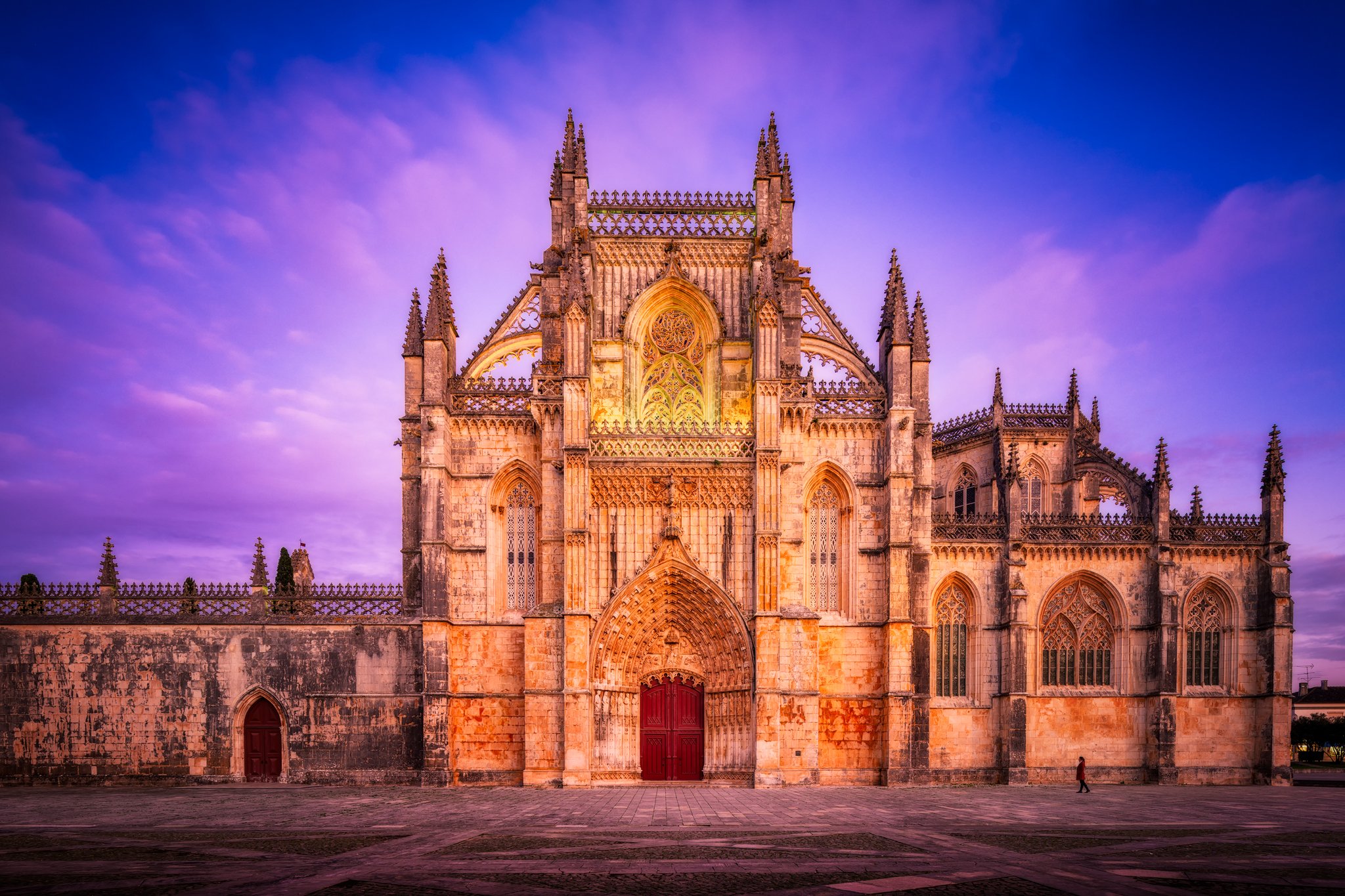 The Monastery of Batalha (or Monastery of Our Lady of Victory; port. Convento de Santa Maria da Vitória) is a symbol of the late Gothic, flamboyant architectural style. Work on this monastery began in 1386 and was completed in 1517. This means that the construction work lasted during the reign of seven kings and was supervised by fifteen architects.

The monastery of Batalha was built in honour of the Virgin Mary as thanksgiving for winning the battle against Castile at Aljubarrota in 1385. Because the monastery took more than 150 years to build, it bears the marks of styles from different eras. Initially, the monastery was designed in the “Rayonnant Gothic” with influences of style borrowed from Canterbury Cathedral. Later stages brought influences from other architectural styles: flamboyant (flame) Gothic and Renaissance. Batalha Monastery was partly destroyed in the great Portuguese earthquake of 1755. However, greater damage was caused by the Napoleonic Wars of 1810 and 1811. The reconstruction of the monastery took more than a century and was not completed until the 20th century.

Knowing that Batalha is only an hour’s drive from where we were staying, we couldn’t pass up the opportunity to see this monastery. We made it to Batalha in the late afternoon hours when the interior tour was already over. Walking around the monastery on an autumn afternoon when the sun was colouring the sky all shades of purple was worth the trip though.