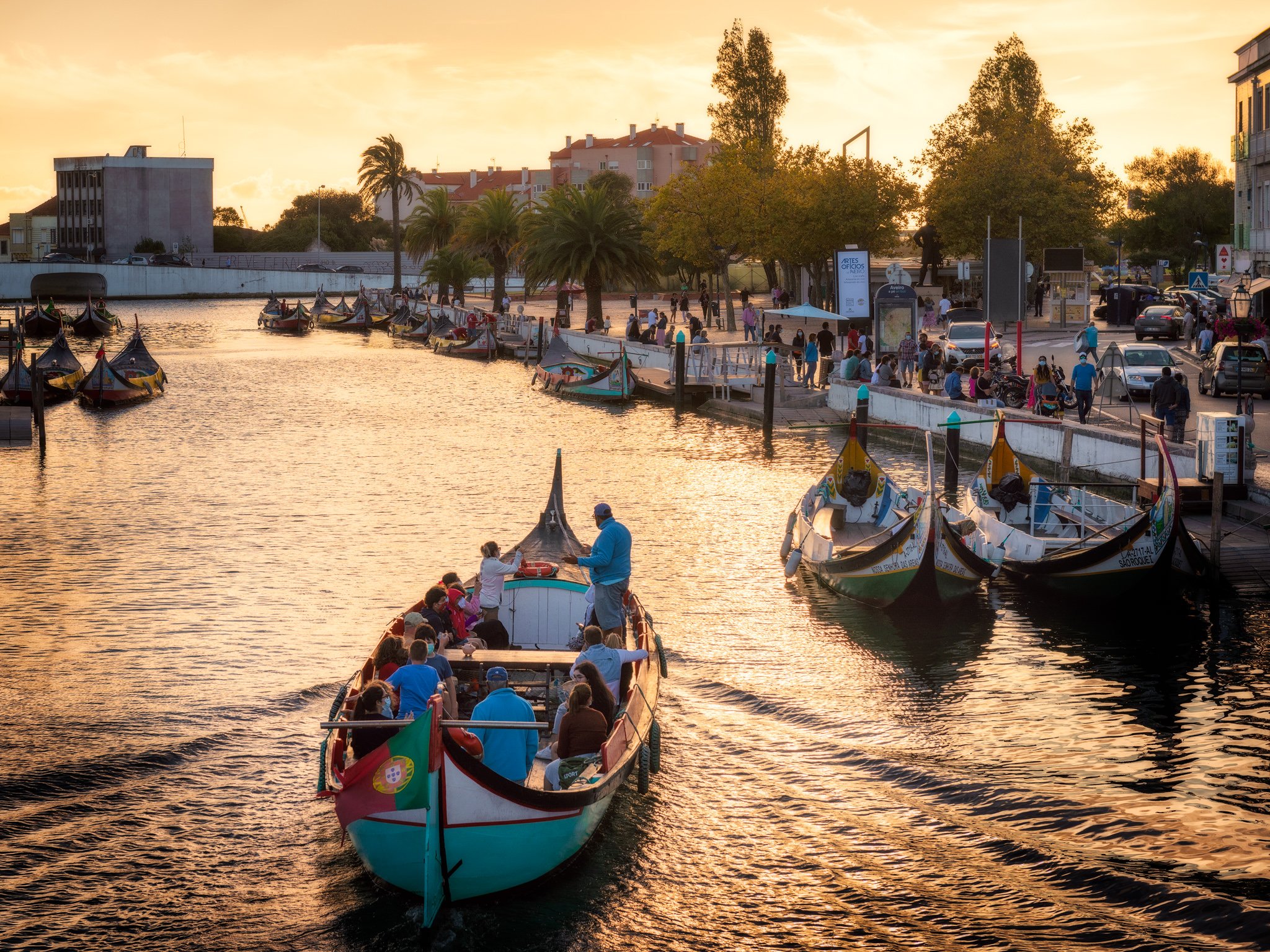 To be honest these boats in Aveiro are not exactly gondolas. In Portugal they are called “Moliceiros” and only slightly resemble their Venetian counterparts. They are much larger and move thanks to a mounted motor. However, the first visit to Aveiro and the sight of artificial canals cutting through the city centre immediately imposed this association.

Boats in Aveiro were used in the past to transport goods and to harvest seaweed. Today they have lost these original functions and serve mainly as a tourist attraction. All Moliceiros are decorated with multicoloured paintings depicting the history and culture of Aveiro. Some of these paintings depict traditional scenes from the life of the city, and some (perhaps the more contemporary ones?) have a somewhat satirical tone. While Nico was trying to get the perfect photo of them, I had time to “meditate” on their meaning. It is a pity,  that no one describes this in the guidebooks.

Most boats in Aveiro are moored at Rossio or at the Fonte Nova lagoon. The most popular place to start a tour in the canal is just in front of the Aveiro Municipal Museum. Moliceiros tours start as early as 9:30-10 a.m. and end at 6:30-7 p.m. Cruise prices depend on the time and the package you choose (in one of them you can combine the city tour by tuk-tuk as well).

If Nico and I had to choose a time for the cruise, I think we would prefer the later time at sunset. The problem is that sunset is the best time for photography ? Because of this and the fact that we stayed in Aveiro for such a short time, we didn’t get to test this attraction. But as they say, what goes around comes around!