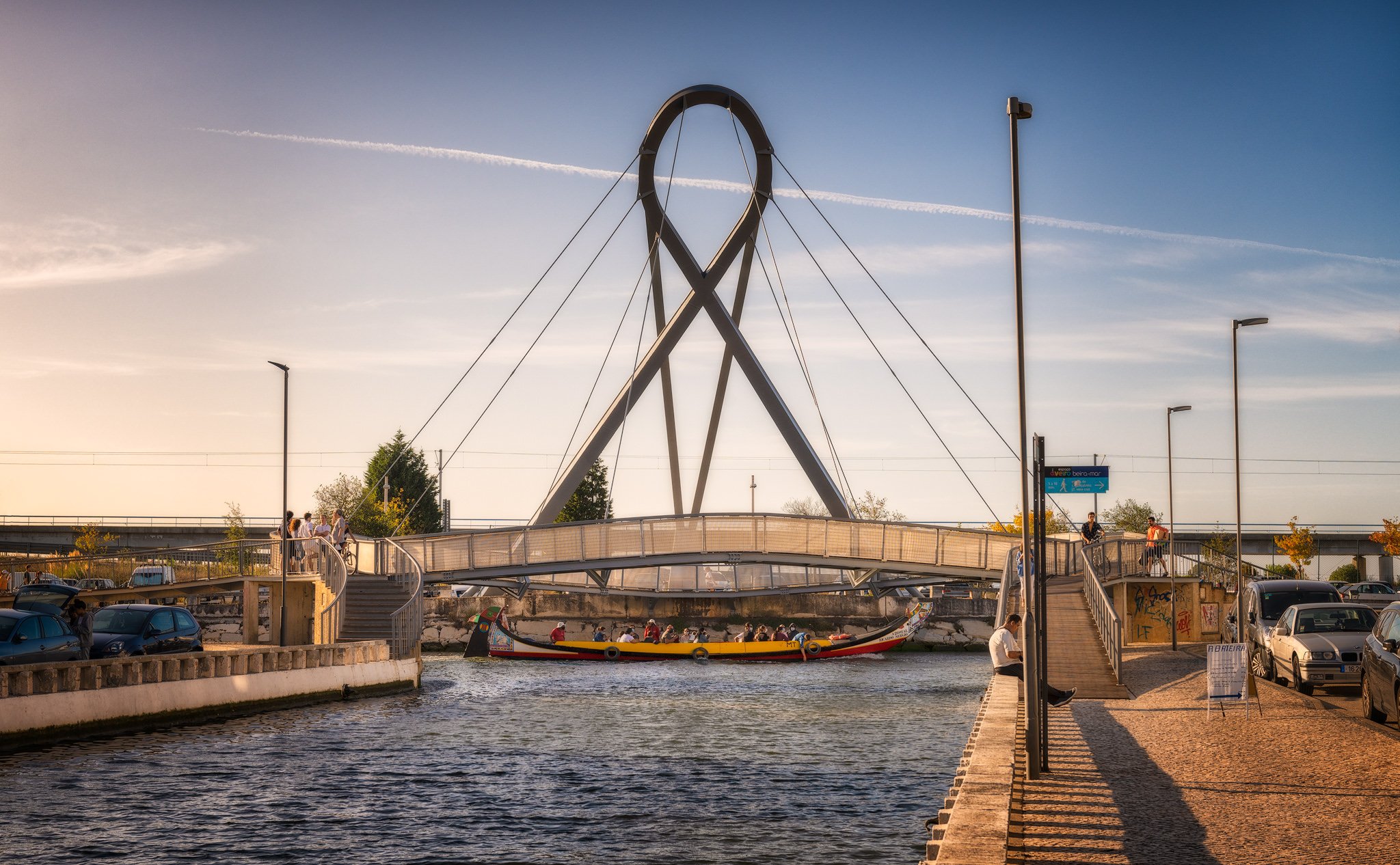 Aveiro is nicknamed the “Venice of Portugal.” This association is fully justified if you first see Aveiro’s distinctive “Moilceiros” boats and the network of water canals crisscrossing the city centre. And like in Venice, the bridges in Aveiro are also distinctive. The one in the photo is called “Ponte do Laço” or simply “Circular Pedestrian Bridge”.

“Ponte do Laço” is a special bridge because it connects Aveiro’s two main water channels, cais dos Mercantéis and Cais dos Botirões, and is one of the largest structures of its kind in this Portuguese town. It was designed and built by architect Luís Viegas of the Porto Architecture Department and engineer Domingos Moreira. Work on the “Ponte do Laço” was completed in 2006 at a total cost of 400,000 euros.

“Ponte do Laço”, as its common name proclaims, is mainly a pedestrian bridge. However, it also has a bike lane and is friendly for disabled individuals. It is also a great spot to watch the wildly colourful boats of Aveiro rolling lazily through the canals.