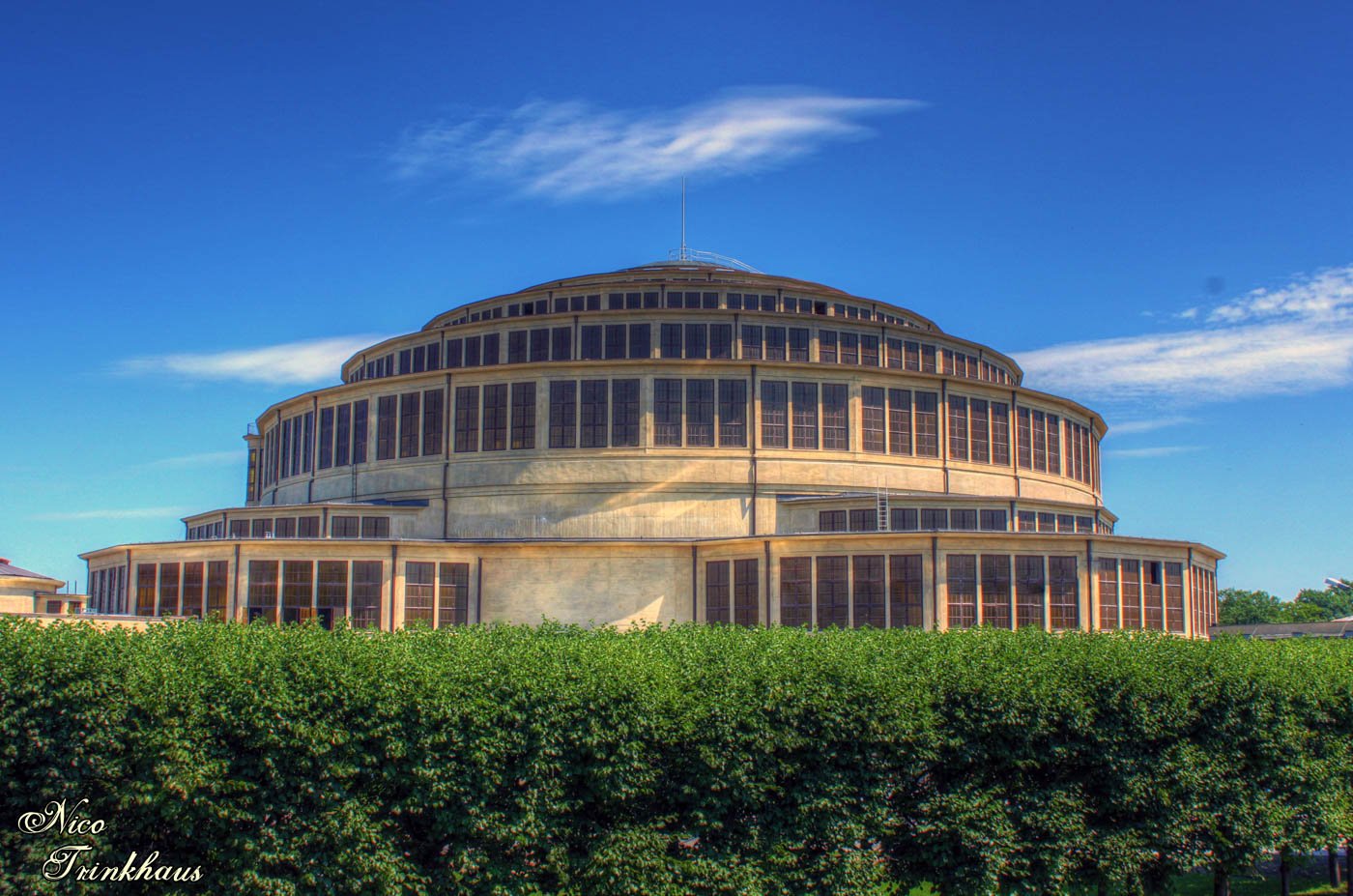 The Centennial Hall in Wroclaw (Hala Stulecia), is part of the UNESCO World Heritage. It was built in 1913, when Wroclaw was part of the German Empire and was supposed to be a reminder of Napoleons defeat a hundred years earlier.

The Communists then renamed it People’s Hall (Hala Ludowa) to hide the link to german history. Today it is back to it’s original name and used for exhibitions as well as for sports, concerts or theater displays.

When I went out that day, it was a pretty blue sky with only a few clouds. To get this shot, I had to go around the Centennial Hall and take it from the backside. Reason is a big “needle” on one side, which is impossible to fit on the picture and a huge fountain on the other one.