All Photos » Poland » Poznan » The Town Hall in Poznan | Poland

This one of the most prominent monuments in Poznan has a rich history dating back almost to the 13th century. There are also interesting legends connected with the Poznan City Hall – about the Poznan goats and the Raven King. Do you know them already?

The construction of the Town Hall was probably completed in 1300 during the reign of Waclaw II Czeski. At the beginning, it was only a one-storey building – its major expansion began only in the 15th and 16th century. From that time come the Poznan goats announcing the noon every day from the tower of the Town Hall. Although thought centuries the Poznan City Hall was destroyed by fires and wars, its Renaissance architecture has been preserved until today.

I have already explained the legend of the Goats in another post, but there is also a story about the King of Rabbits, which is equally interesting. One day a boy who was the son of a trumpeter from the town hall tower found a raven with a wounded wing. Bolko (because that was his name) took care of the animal. One night a dwarf in a royal cloth woke up the boy. The little man gave the boy a golden trumpet, which would save the boy in case of danger. After that the creature turned into a raven and flew away.

One day Bolko replaced his father as a trumpeter in Poznan. It happened that during that time Poznan was attacked by foreign armies. The new trumpeter ran into the tower of the town hall and used a golden trumpet, which he once he got from the Raven King. When the sound of the trumpet ended, flocks of ravens appeared in the sky. The ravens attacked and defeated the enemy. In memory of this legend, all aviation units in Poznan put the sign of the raven on their planes. 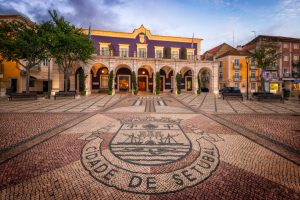