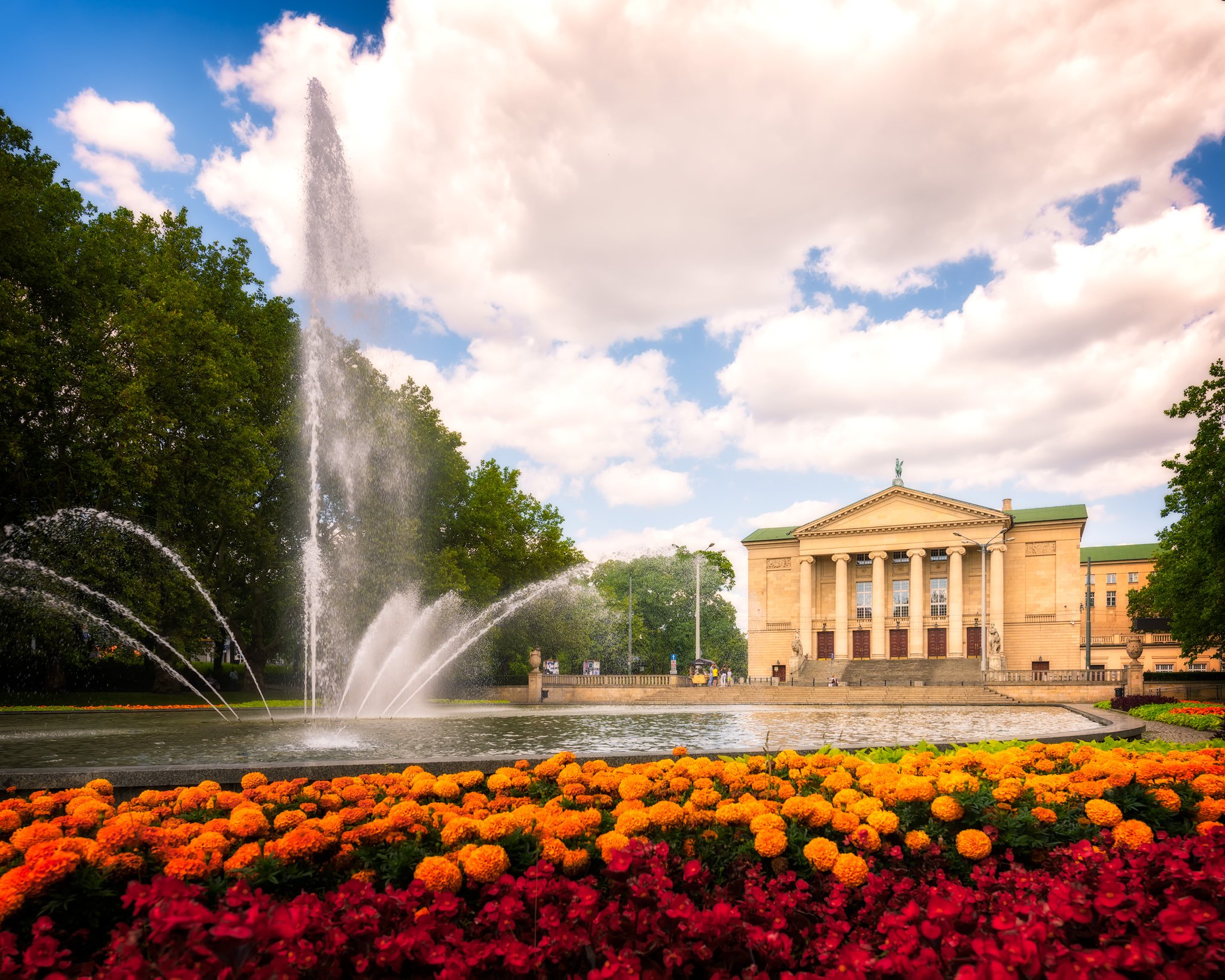 The Grand Theatre in Poznan has been repeatedly awarded for its achievements and the quality of its performances. When we visited Poznan for the weekend we, unfortunately, did not manage to see any play, but we could admire the view of the theater itself from the nearby park.

The front of the Grand Theatre

The Grand Theatre in Poznan was built in 1910. Its facade is a portico built with the principles of classical architecture of ancient Rome. If you look at the picture more closely you will see on the left a sculpture of a woman on a lion symbolizing Lyric and on the right a man with a panther who symbolizes Drama. Six Ionic columns are topped with a tympanum with a sculpture of Pegasus – which is a symbol of the theatre.

The park around the Grand Theatre in Poznan is an ideal place to relax in the shade on a sunny day. Nico’s attention there was immediately drawn to the flowers surrounding the fountain. How do you like this composition?