Dar Pomorza in Gdynia from the Waterside | Poland 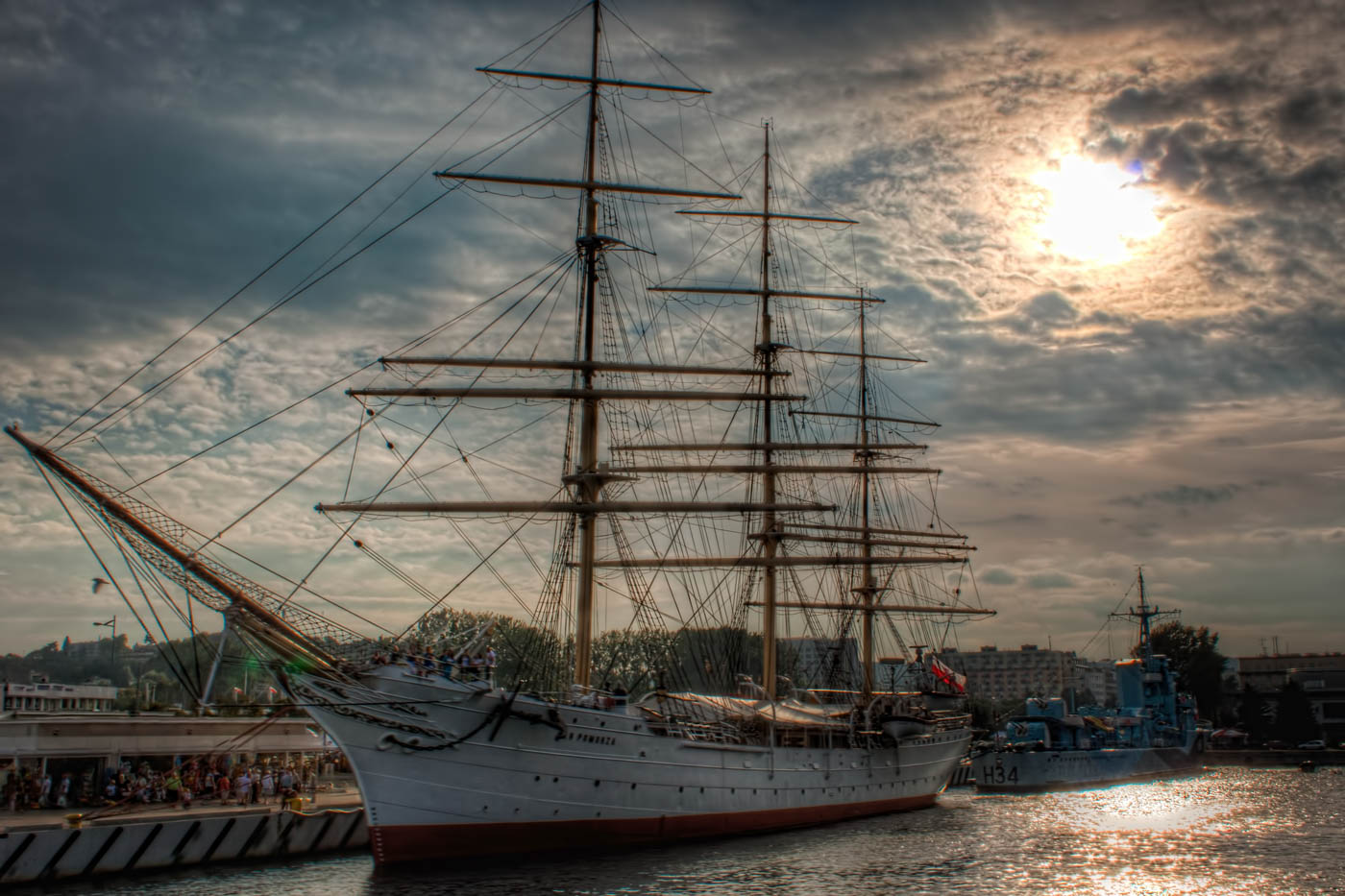 The real challenge about this photo, apart from the obvious that it’s taken against the sun, was that it’s taken from a moving ship. We took a tour around the port on some strange tourist boat which gave me that kind of unique angle to shoot the Dar Pomorza in Gdynia.
That Beauty is over 100 years old. It was in 1909 when it was built in Hamburg and named Prinzzess Eitel Friedrich. After WW I the ship was taken as reparation by Great Britain and brought to France. But because they didn’t want to refurbish it, they sold it and the buyer was Poland. In Poland, the Dar Pomorza was used as a training ship for a long time and today it is a museum ship in Gdynia.

← Previous Post: French Cathedral in Berlin | Germany Next Post: Cross on the Eastern Side of the Cologne Cathedral | Germany →