You have probably already seen my photo of the Sea Gate of Kotor, Montenegro, which is the main entrance to the fully walled Old Town, located in the western part of this Adriatic Sea port. Now I give you the other one – the Northern Gate.

The Northern Gate of Kotor

Built in the 16th century as a memory of Kotor’s victory over the well-known Turkish admiral Hajrudin Barbarosa, it’s impressive that the Northern Gate is still in excellent condition. As typical for medieval times construction, next to the Kotor Northern Gate there is a moat with turquoise water.

The Gates of Kotor, Montenegro

I chose this spot in the valley under Saint John’s Hill for my photo session because it offers a clear view to Kotor Fortress. What Daria and I did that day was to go up on the walls and walk around. I highly recommend you do such walk next time you visit this beautiful Adriatic Sea port. 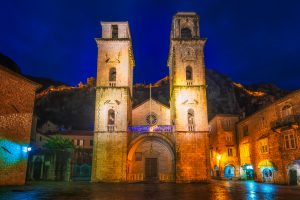 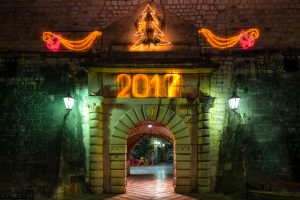 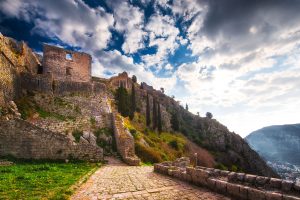