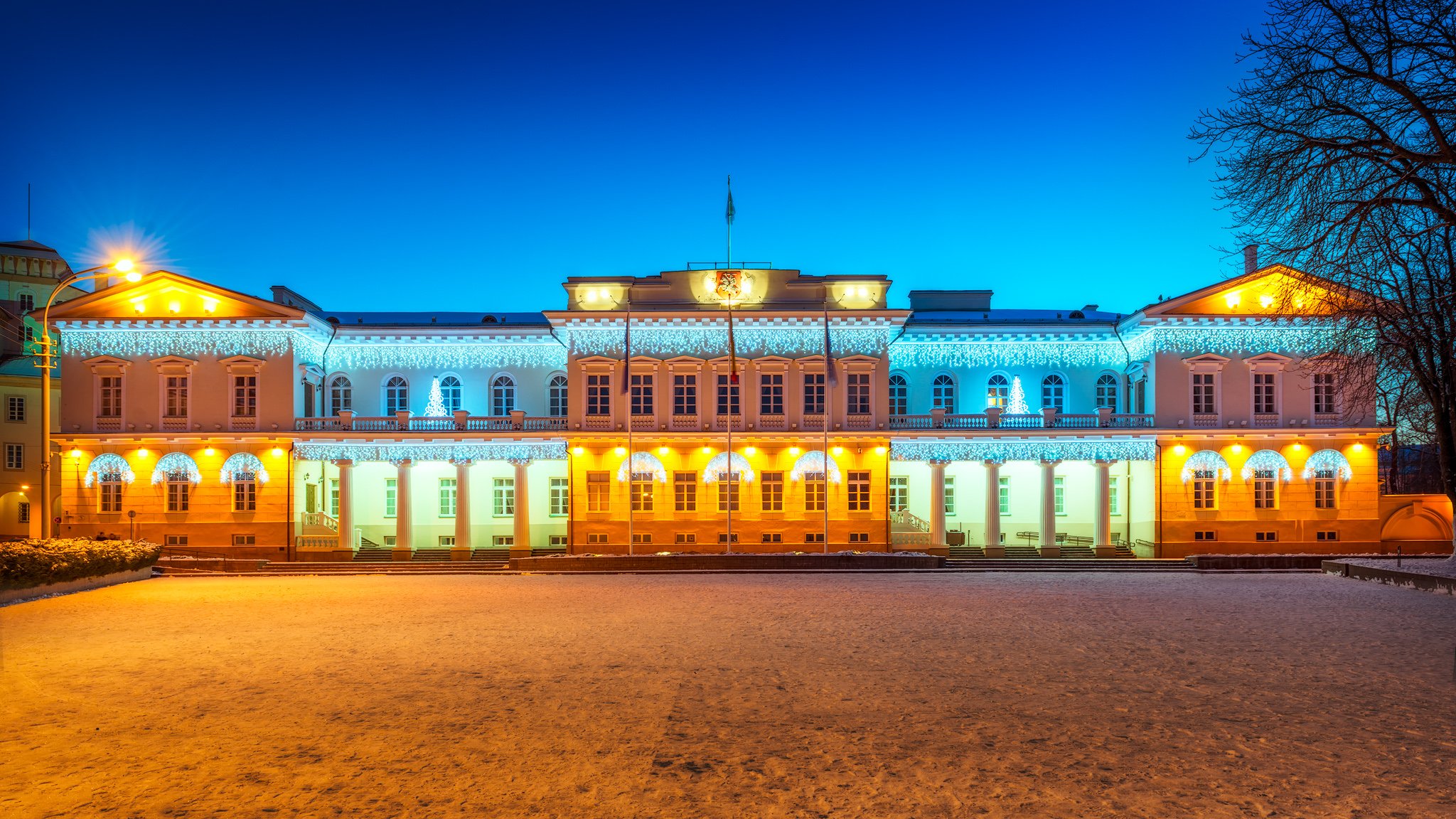 This palace, located in the centre of Vilnius, has been the seat of the President of Lithuania since 1997. However, the history of this palace is much longer – the works on its construction began already in the 14th century.

In the 14th century, Prince Jogaila bestowed this place to Vilnius bishops. The palace started to be built mainly in the Renaissance style. However, the building was rebuilt many times until the 18th century, when the Vilnius palace burned down twice. Then it was rebuilt in classicistic style and after 1813 in empire style. After the last partition of Poland (at that time Poland and Lithuania were united by a union), the palace became the property of Russian tsars. After World War II the building became the property of the Soviet army. Only in 1993, the palace became the property of the Chancellery of the President of Lithuania.

Since the change of function to an office, the building has been under constant reconstruction to become not only the place of work for the President but also his residence. When you pass by this palace and see a flag flying (as in this photo), it means that the president is either at home or in the office at that moment.