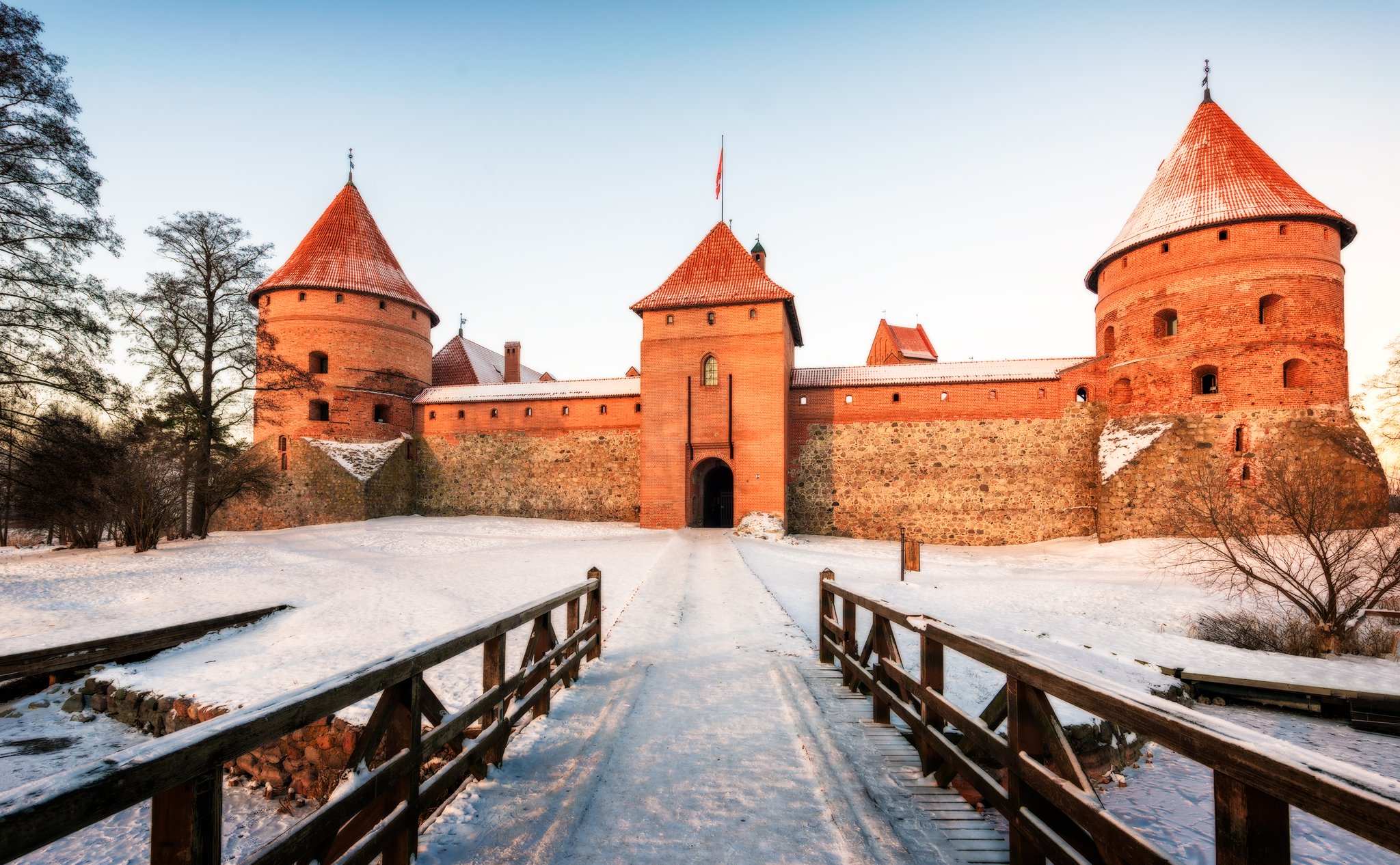 Work on the construction of Trakai Castle in Lithuania began as early as the 14th century.

The construction of this Gothic castle on Lake Galve was commissioned by Grand Duke Kiejstutun of Lithuania and work on its construction was continued by his son Vytautas, who died in the castle in 1430. At that time Trakai Castle was an important centre of the Grand Duchy of Lithuania. However, the political significance of this Gothic edifice began to diminish after the Battle of Grunwald, and consequently work on improving and renovating the castle ceased.

Over the centuries the Trakai castle deteriorated until it was almost ruined. It was not until the 19th century, when Trakai came under Russian rule, that work on its reconstruction began. Interestingly, during World War I even Germany tried to restore the castle to its former glory, bringing specialists in historical reconstruction to Trakai. However, only the project started in 1951 and continued until 1961 succeeded in restoring the castle to its former glory.

Thanks to the accuracy of the reconstruction, the castle has retained its original half-Gothic, half-Renaissance style. When you stand on the bridge that leads across Lake Galve to the castle and you don’t see the modern houses scattered along the shore, it’s like travelling back in time. With a little imagination, you can see the entourage of Ladislaus Jagiello galloping towards the castle in the 15th century.