Burano is one of the islands in the Venetian Lagoon. Though less popular than the Murano Island, where the famous glass factory stands, Burano is a paradise for photographers and visitors who mainly want to wander around to enjoy a vivid local scene of this Italian island.

The Burano, with its distinctive colours, was unlike anything I had ever seen before. I later learned that there was a purpose behind the colour-toned design. During the golden age of development of Burano, if a house owner wanted to paint his belongings, he had to apply to Burano’s government for a colour. The government would only allow a few options of colours of choice. By having strategy in granting the colours, the Burano Island became unified in a distinctive way.

Once your eyes move from house to house, as you see in the foreground of this photo, you probably notice that there is something strange with the building in the background. This is Burano’s main church San Martino and the famous Leaning Tower. And it’s clear that this is not a lense distortion – the tower leans on one side. 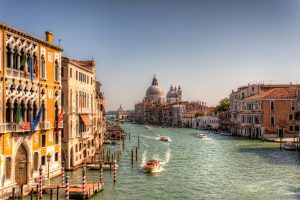 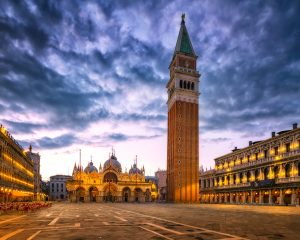 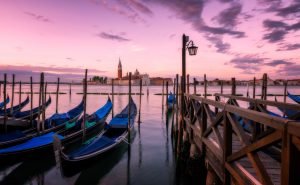