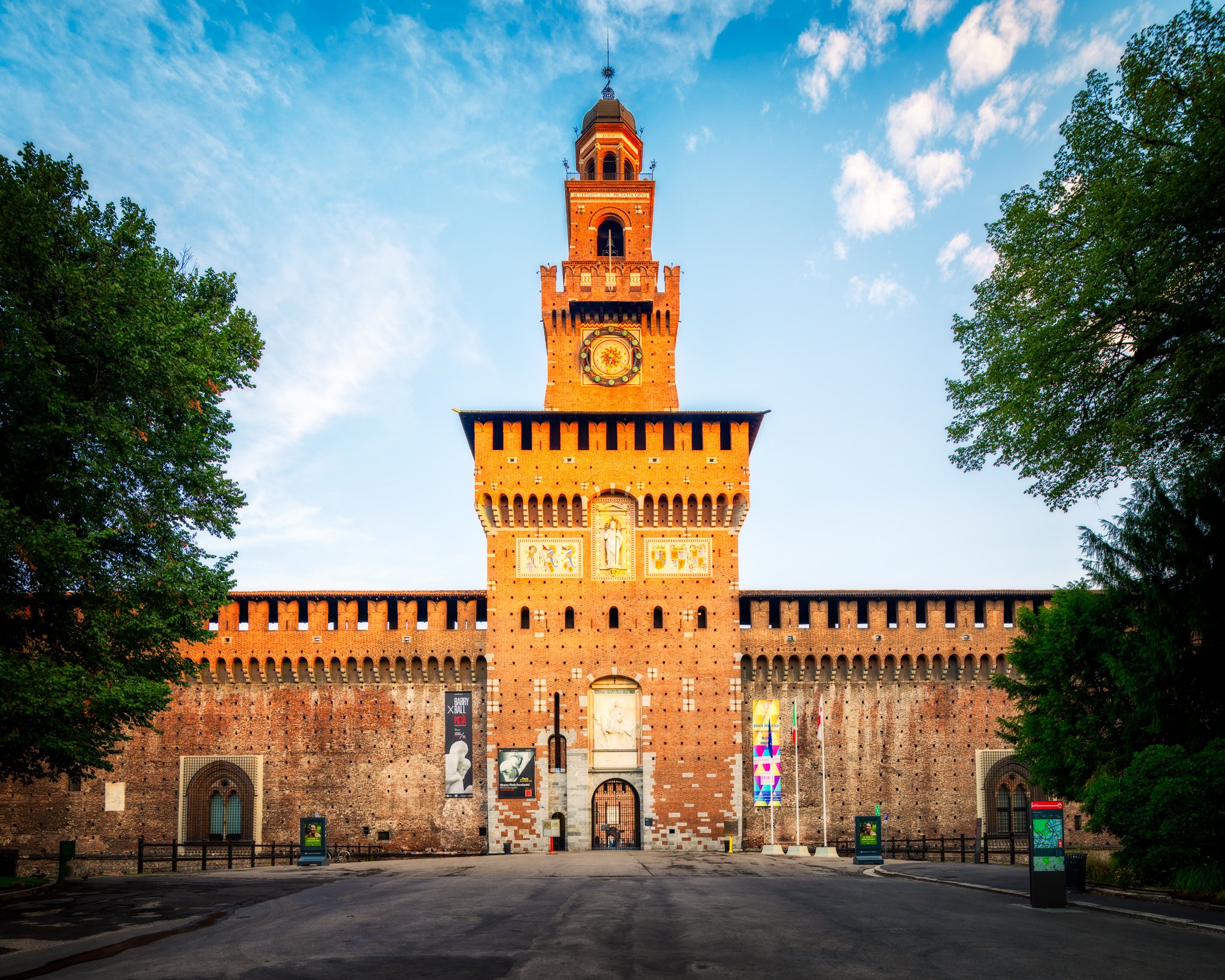 Sforza’s Castle in Milan is one of the city’s focal points. Despite this, it is often overlooked in photographs depicting this northern Italian city. Sforza’s castle is just a stone’s throw from Piazza il Duomo, so it is worth planning a visit to this medieval castlllle.

Sforza Castle stands on the site of the Castrum Portae Jovis fortification from the time when Milan was the capital of the Roman Empire. It was here that the ‘castra pretoria’ – the personal bodyguards of the Roman emperors – were stationed in ancient times. However, the first castle was only commissioned by Galeazzo II Visconti in 1370 and became the seat of this illustrious family.

In the 15th century, however, the castle declined and passed into the ownership of Francesco Sforza, who had it restored and extended. It was during the time of the Sforza family in Milan that Castello Sforzesco rose to greatness. Among others, some of the most brilliant artists of the Renaissance period worked on its decoration: Leonardo da Vinci (who did the frescoes in several rooms, in collaboration with Bernardino Zenale and Bernardino Butinone) and Bramante.

Although the Sforza Castle has been through more than one thing and has sometimes been ruined by wars, it is still one of Milan’s most prominent monuments and a cultural centre. It houses museums and library archives today, for example.