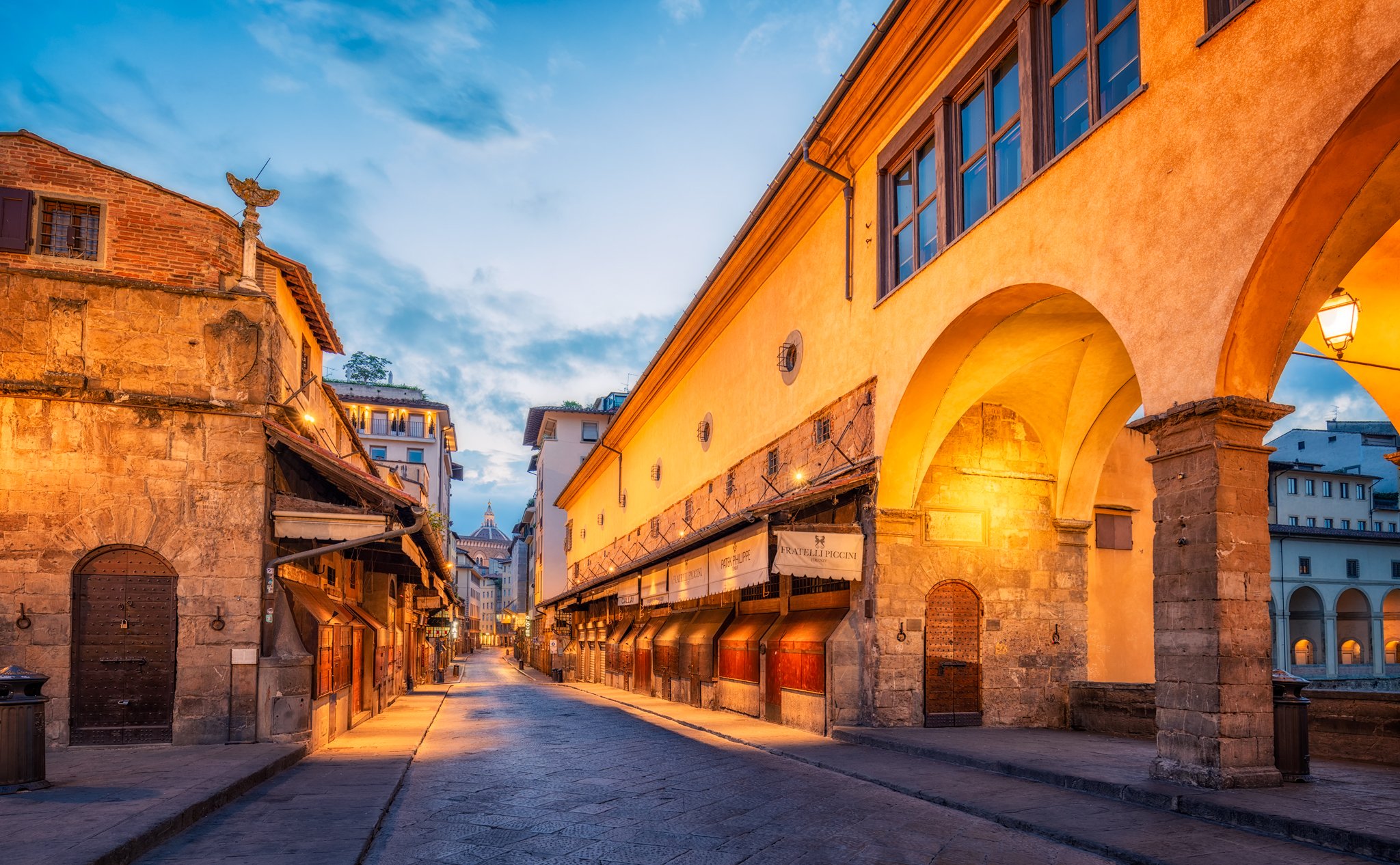 Florence’s Ponte Vecchio or “Old Bridge” was probably one of the first bridges spanning the Arno River. Its history is therefore not straightforward. It was destroyed in 1345 and rebuilt anew. During the Second World War it was the only bridge over the Arno River in the area that was not demolished by the fleeing Germans (was it a strategy, or did they feel sorry?). To what influence does this bridge owe its current character?

Apparently, the first bridge at this location was built around 966. However, it was destroyed and rebuilt again in the 14th century. The Ponte Vecchio owes its symmetrical character to the architects of the Dominican order. Some historians attribute the construction to the Dominican love of proportion and numbers.

In the very beginning, the Ponte Vecchio in Florence had a defensive function. Over time, however, the buildings on the bridge itself came to serve merchants, who converted the earlier defensive premises into trading rooms. These merchants mainly sold fish and other goods with a rather unpleasant smell. Until 1593, when Ferdinand I (fed up with the odor) declared that only merchants of gold and jeweler were allowed to trade on the Ponte Vechio. It was from this time that the bridge began to take on its present character. The shops were rebuilt for their new function. The jewelers’ workshops were designed to resemble trunks for valuables.

This merchant and jeweler character of the Ponte Vecchio in Florence can be felt best after dusk – or even better – before sunrise. The jewelers’ shops are illuminated by the golden light of the lanterns, and the wooden elements of the displays are a reminder of Florence’s former glory.