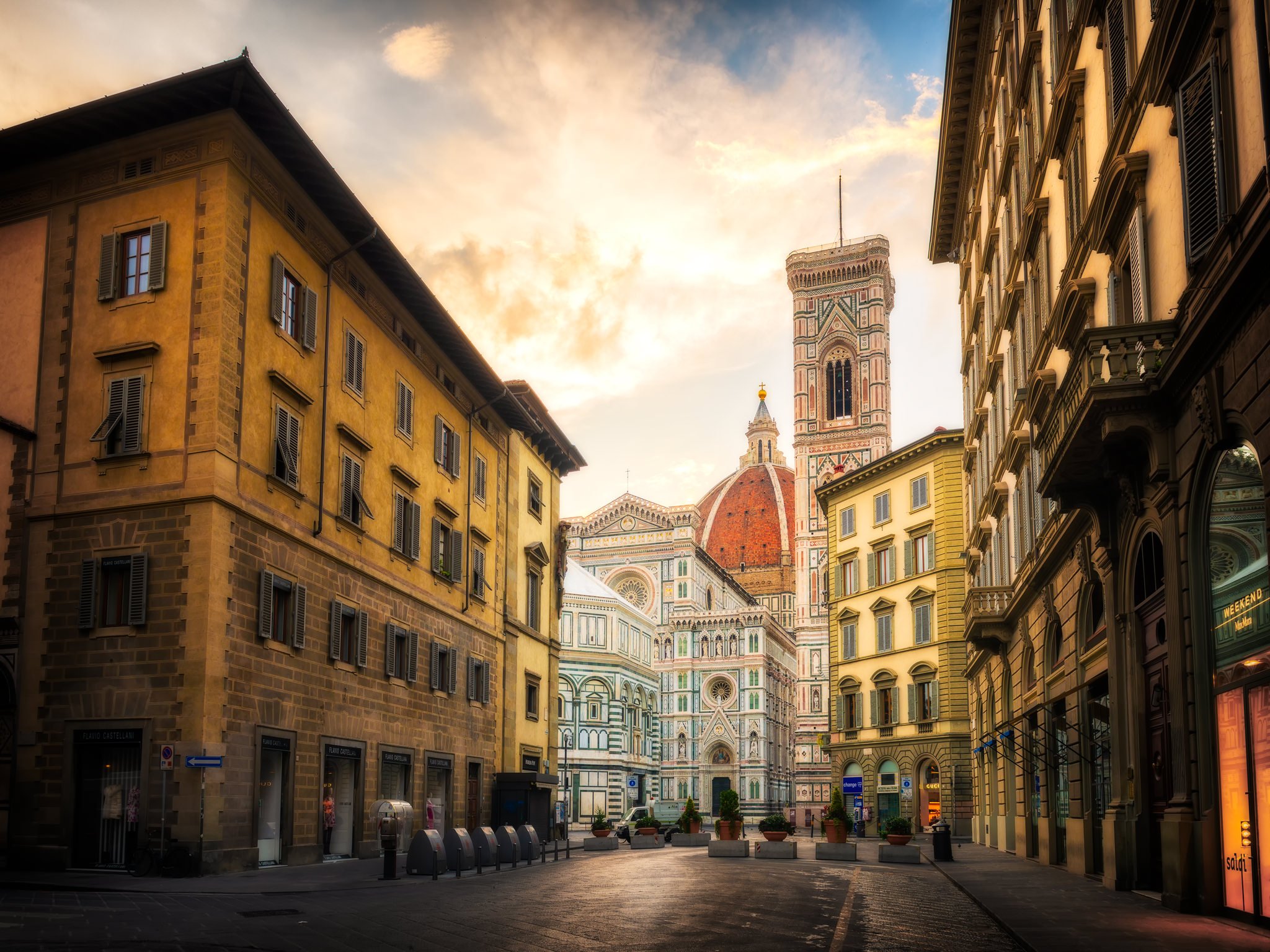 The historic centre of Florence has been listed as a UNESCO World Heritage Site since 1982. The city’s more than 600 years of splendour are reflected in the architecture of the central square It is home to monuments such as Santa Maria del Fiore, the church of Santa Croce, the Uffizi and the Pitti Palace.

The city centre of Florence is surrounded by a fourteenth-century fortified wall. Within it are buildings erected during the Medici family’s heyday. More than 600 years of fame and economic dominance of the city is reflected in the rich, mostly Renaissance architecture. It is best to spend a few days in Florence and these few days will probably be spent just visiting museums, churches, and palaces.

However, you should also plan a few days for the “usual pleasures of the city” such as visiting cafes, gorging on Italian cuisine and afternoon aperitifs in the beautiful restaurants clustered around the Duomo. If you are looking for opinions on which city, Rome or Florence, is better for shopping, you may get a headache. Well, there is no definite answer to this question – it depends on your tastes. However, what we can say – visiting local stores surrounded by so much cultural richness of Florence has a touch of sophistication. Even a simple T-shirt bought there will remind you of the splendour of Florence. This photo is taken from just such a side street with stores. Isn’t the prospect of walking and shopping there tempting?