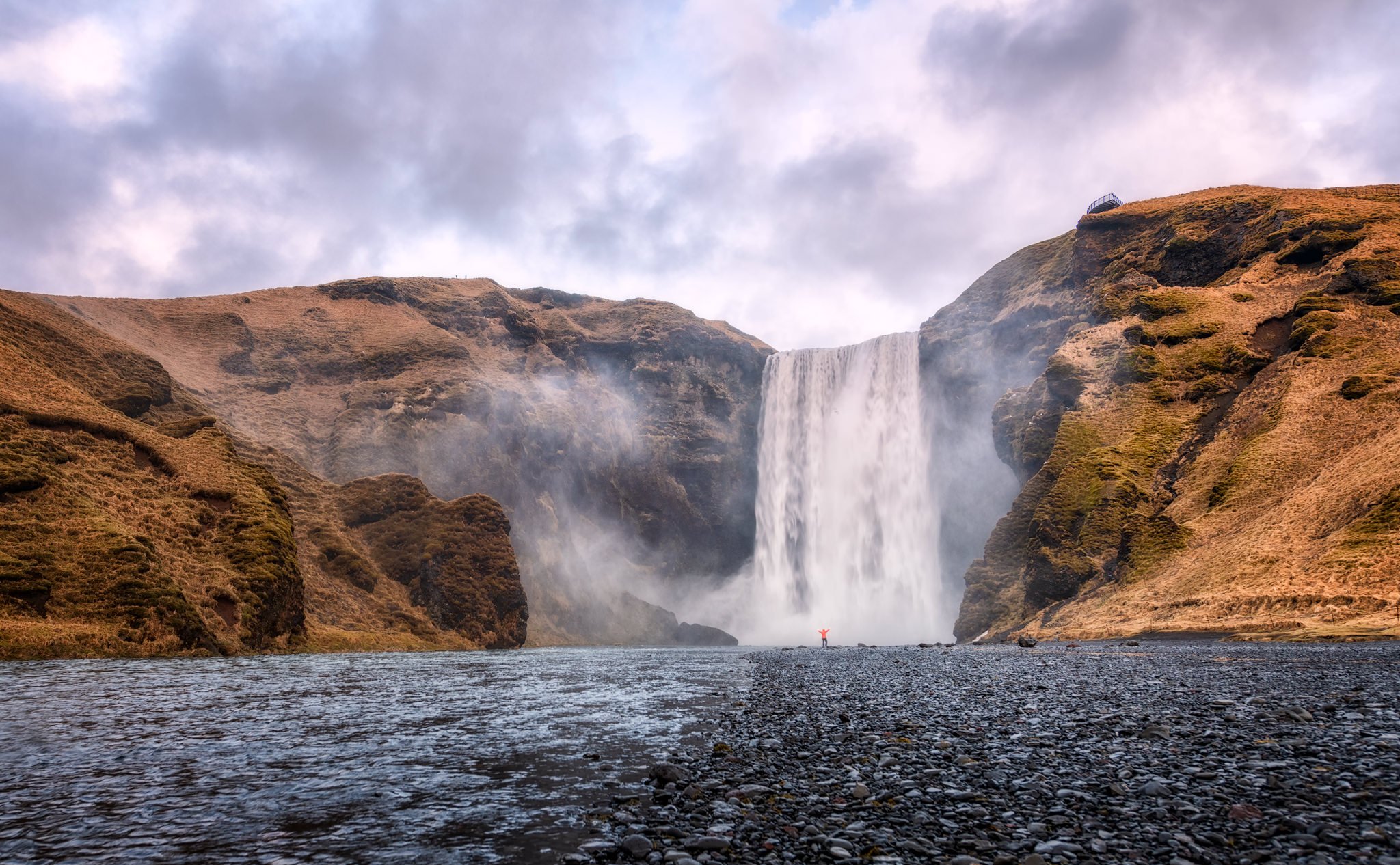 Skógafoss Waterfall is one of the largest waterfalls in Iceland. For a sense of scale – take a look at the “human figure” at the base of the waterfall. It marks the previous coastline – yes, the one that is now 5 kilometres away.

Skógafoss waterfall is located in the south of Iceland and if you are thinking of Seljalandfoss on the Golden Circle route, you will probably see it. The width of this waterfall is 25m and the height is 60m. It is probably best known for its rainbow photos – during sunny days (you have to be lucky) the micro-droplets form even a double rainbow.

There are several interesting facts connected with Skógafoss waterfall. For example, does this view remind you of any of the Marvel Studios movies? If “Thor” popped into your mind, you guessed it – this view appeared in both movies: Thor: The Dark World and The Secret Life of Walter Mitty.