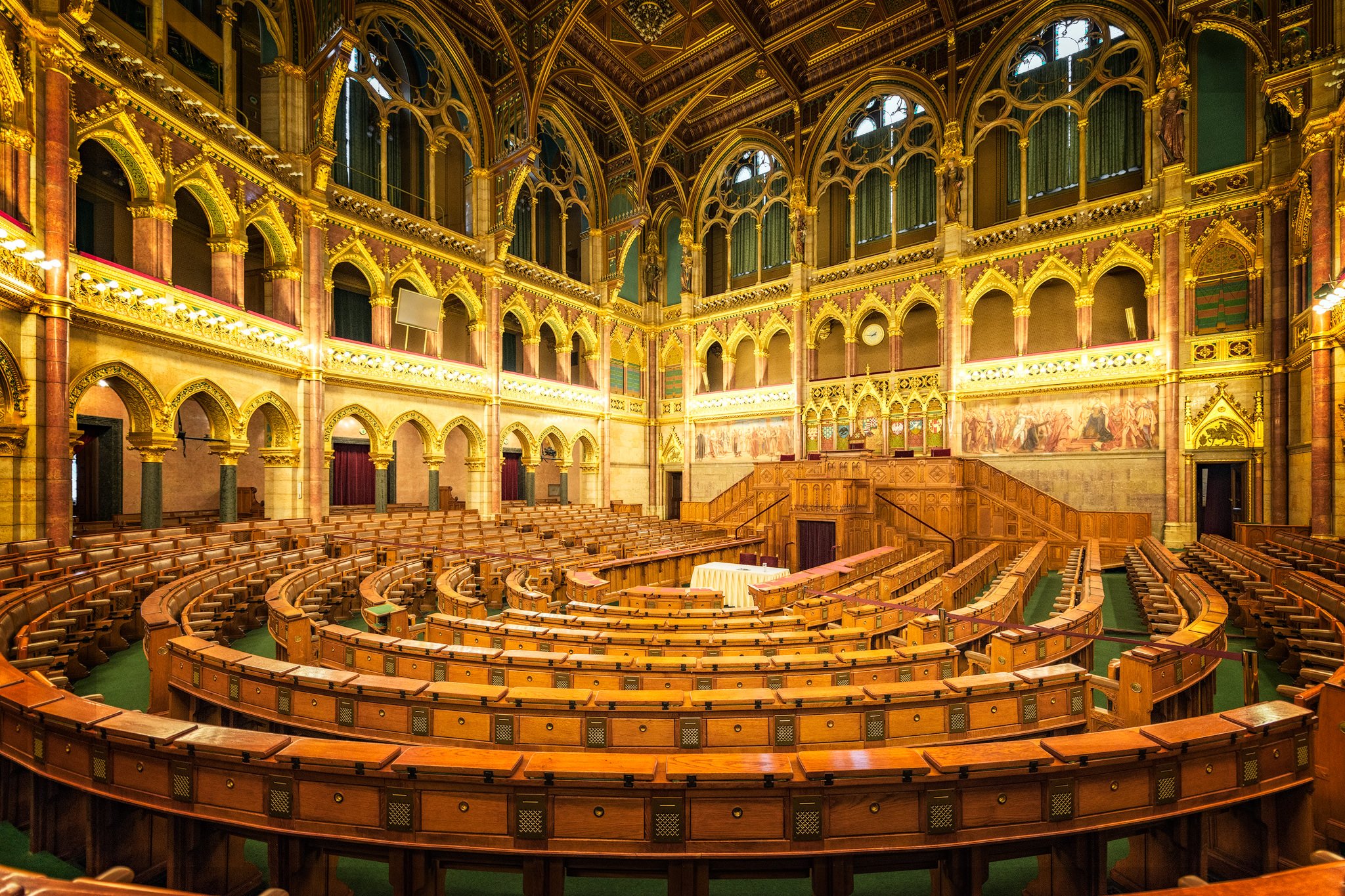 The Budapest Parliament building has 691 rooms, 29 stairs, 13 elevators, 27 entrances and 10 courtyards. However, the most important room in the whole Parliament is undoubtedly the Parliament Assembly Hall. Visiting it is only allowed with a guide, but Nico still managed to capture it in a photo.

To give you an idea of the grandeur of the Budapest Parliament’s architecture, here are some more facts and figures. One of them is that 40 million bricks were reportedly used to build the Parliament. However, this is not as staggering as the fact that 40 kilograms of gold and half a million precious stones were used to decorate the interiors (mainly in Baroque style). The interiors, like this Parliament Assembly Hall, are decorated with frescoes, paintings and stained glass windows.

Interestingly, you will probably notice coats of arms on the main wall of this Hall. These are the coats of arms of the six ruling dynasties in Hungary: The Arpad’s, the Andegawens, the Corvin’s, the Jagiellons (white eagle), the Zápolyovs, and the House of Habsubr-Lorraine. As our guide told us, these families owned lands that maybe one day will belong to Hungary again ? .